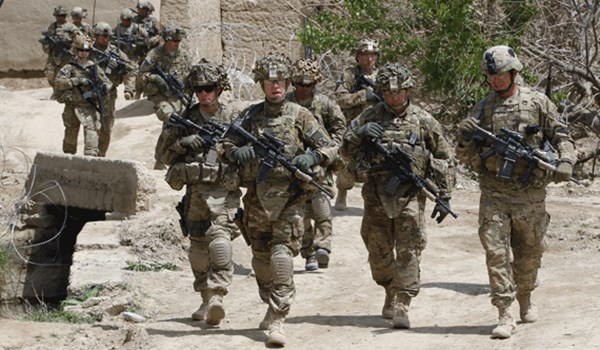 The US military has moved a new truck-mounted, long-range rocket launcher from Jordan to a US base in al-Tanf in Southeastern Homs, near the Iraqi and Jordanian borders, stepping up its presence in the area, two regional intelligence sources said.

They said the (High Mobility Artillery Rocket Systems - HIMARS) had moved into the desert garrison, which has seen a buildup in recent weeks as tensions escalate after the US-led coalition struck positions of the Syrian forces to prevent them advancing toward the al-Tanf base, Reuters reported.

"They have arrived now in al-Tanf and they are a significant boost to the US military presence there," one senior intelligence source said, without elaborating.

The HIMARS had already been deployed in Northern Syria with US-backed forces battling ISIL militants, he added.

The missile system’s deployment at al-Tanf will give US forces the ability to strike targets within its 300-kilometer range.

Washington deployed the HIMARS on the Turkish border to strike at ISIL outposts. They were used several times from the Jordanian border to hit militants who had a foothold in the Southeastern desert.