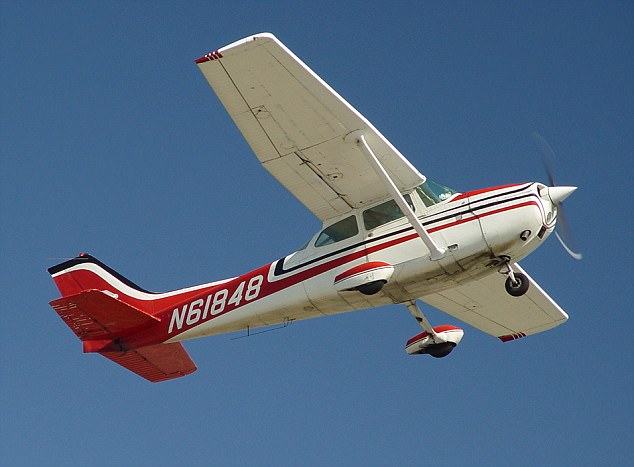 A man, 71, has been confirmed dead after a light two-seater plane crashed into trees in Brooklet, near Ballina.

The plane, believed to be a four seater, single engine Cessna Skyhawk aircraft, crashed at about 8.55am on Friday morning, and came to rest about 50 metres into the bush.

Police say there is a great deal of debris on the scene, and fragments can be seen in the treetops.

Emergency services attended the scene but were hampered by heavy fog.

Tracy Knowland of Brooklet says the plane landed in the back corner of her property in Brooklet, 20 minutes from Ballina.

She wrote on Facebook that her neighbour Bill had driven out in a 4WD looking for the plane, which crashed with a 'terrible noise and impact', while she called Triple Zero.

After Bill had located the plane she updated followers, saying the plane had come down in the 'heavily wooded back corner of our property'.

'Multiple police and ambulances and helicopter just arrived. It's not good.'

A woman passing through the area on her way to work told the Northern Star the plane was flying low over the highway before it crashed.

'It was a really small plane, and looked like it was either trying to fly low to avoid the low cloud, or was having difficulty and was looking for somewhere to land,' Bija Nicholson said.

'They weren't flying straight, it was weaving.'

Nobody else was on board the plane at the time.