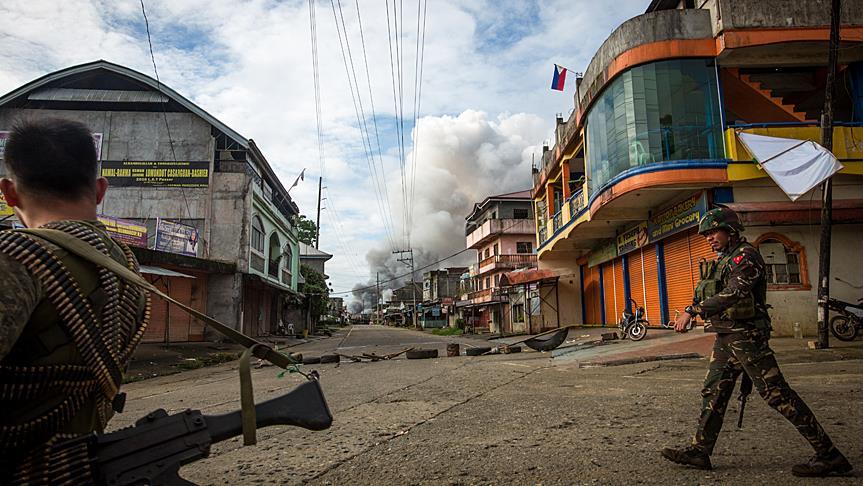 The communist rebel group's peace negotiating panel on Saturday advised its armed wing not to carry out attacks against government security forces to allow them to concentrate against ISIS-linked terrorists in Marawi City on the island of Mindanao.

"For all forces to be able to concentrate against Maute, the Abu Sayyaf and Ansar al-Khilafah Philippines groups, the NDFP has recommended to the CPP to order all other NPA units in Mindanao to refrain from carrying out offensive operations against the Armed Forces of the Philippines and Philippine National Police," Fidel Agcaoili, chief negotiator of the NDFP, said in a statement posted on the communist front's website.

Maute is included on a list, issued by the Philippines Defense Department, of suspected members of ISIS-linked groups, including the Abu Sayyaf, Ansar al-Khilafah groups and the Bangsamoro Islamic Freedom Fighters.

As a matter of fundamental principle and constant policy, Agcaoili said they condemn and combat terrorism.

"We condemn and are resolved and determined to counteract the Maute, Abu Sayyaf groups which are wreaking havoc in Marawi City. These are terrorist groups linked to local reactionary forces, affiliated with ISIS [ISIS] and supported by U.S.-CIA and other foreign entities."

President Rodrigo Duterte, during a visit to soldiers in Jolo, Sulu, on May 27, urged rebels from the communist and Muslim secessionist movements to join the armed forces in fighting the terrorist Maute group, promising them the same pay and benefits as soldiers.

The NPA has been fighting governement forces since the early 1970s, resulting in an estimated 30,000 deaths in what is believed to be the world’s oldest communist insurgency.