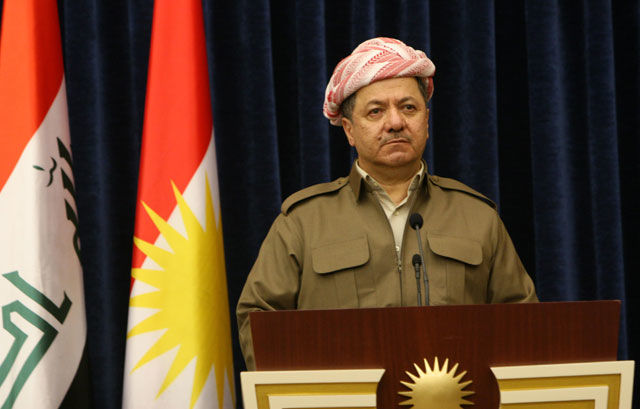 Destroying the terrorist group Daesh would not end problems in the region, the president of northern Iraq’s Kurdish region said Wednesday, urging the need to get to the root of problems.

AA reports, addressing academics and opinion leaders in the region’s capital Erbil, Masoud Barzani, the president of northern Iraq’s Kurdish Regional Government (KRG), spoke about the situation of the region’s oil-rich city of Mosul after Daesh is defeated and a controversial independence vote set for Sept. 25.

“If we do not address the causes leading to the emergence of Daesh, it will continue to present a danger in another way,” Barzani said.

Backed by air cover provided by a U.S.-led coalition, the Iraqi military is currently engaged in a months-long campaign to recapture Mosul, Daesh’s last stronghold in northern Iraq.

“A situation like staying in the united Iraq, fighting at the same time and exacerbating the problems is not acceptable,” he said.

Earlier this month, Barzani announced that a vote on independence from Iraq would be held on Sept. 25 -- a move the Turkish Foreign Ministry called a “grave mistake.”

On what might come after the referendum, Barzani said: “We will start a dialogue with Baghdad to resolve the issues in an appropriate and peaceful way.”

“Erbil and Baghdad will continue to remain in a deep strategic relationship,” he added.