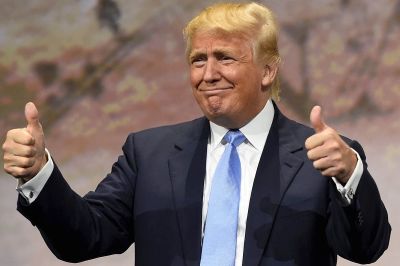 President Trump is considering calling a Camp David-style summit to address growing tensions among long-established U.S. allies in the Arab world and renew his call for those nations to confront the “crisis of Islamic extremism”.

Axar.az reports citing Fox News, the gathering would follow Saudi Arabia, Egypt and five other Muslim countries severing diplomatic and commercial relations with Qatar. The regional powers had accused the tiny Gulf state of funding terrorism – blasting Qatar for allegedly boosting groups like ISIS, Hamas and the Muslim Brotherhood and working with Iran to destabilize the region.

Fox News has learned that the White House is discussing several options for overcoming the dispute including a broad summit modeled on the 1978 Camp David peace accords that led to the 1979 peace treaty between Israel and Egypt.

“It’s a Camp David moment. We’ve seen nothing like this in 40 years, and now the president wants to follow through,” a senior White House official told.

In what might be seen as a warning for many countries in the region, the senior White House official told Fox News that the president is interested in behavior modification, and “not just Qatar’s.”

“The president now wants to bring all the key players to Washington,” he said. “They need to disavow groups like the [Muslim] Brotherhood for the stability of the Middle East at large. It’s not just about Qatari elements funding the Brotherhood but disavowing support for extremism in general,” he said.