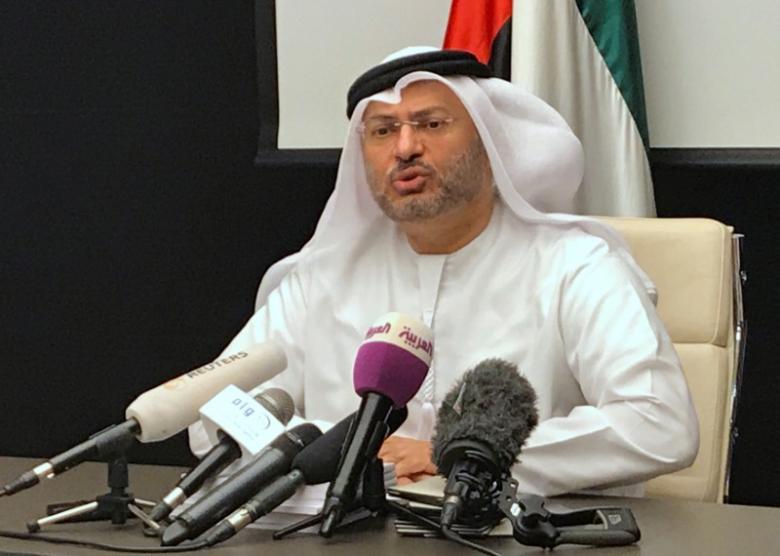 A senior United Arab Emirates official said on Saturday that if Qatar did not accept an ultimatum issued by fellow Arab states which imposed a boycott this month on the tiny Gulf Arab nation, there would be a "parting of ways".

The 13-point list of demands from Saudi Arabia, Egypt, Bahrain and the UAE include closing the Al Jazeera satellite television network, curbing relations with Iran, shutting a Turkish base in Doha and paying reparations.

The demands are apparently aimed at dismantling Qatar's two-decade-old interventionist foreign policy, which has reflected the clout generated by its vast natural gas and oil wealth but incensed conservative Arab peers over its alleged support for Islamists they regard as mortal threats to their dynastic rule.

Doha said it is reviewing the list of demands and that a formal response will be made by the foreign ministry and delivered to Kuwait, but added that the demands are not reasonable or actionable.

"The alternative is not escalation, the alternative is parting of ways, because it is very difficult for us to maintain a collective grouping," UAE Minister of State for Foreign Affairs Anwar Gargash told reporters.

He said diplomacy with Qatar remained a priority, but added that mediation efforts to resolve the dispute had been undermined by the public disclosure of the demands.

"The mediators' ability to shuttle between the parties and try and reach a common ground has been compromised by this leak," he said. "Their success is very dependent on their ability to move but not in the public space."

Gargash said that if Qatar fails to comply within the 10-day timeline set out in the ultimatum, it will be isolated. But he did not make clear what more could be done since the four Arab nations have already cut diplomatic relations with Doha and severed most commercial ties.

The most powerful Middle Eastern country to stand with Qatar in the dispute has been Turkey, which has rushed through legislation to send more troops to its base in Doha as a sign of support.

Two contingents of Turkish troops with columns of armored vehicles have arrived in Doha since the worst crisis among Gulf Arab states for years erupted on June 5.

Gargash said the Turkish deployment was a "meaningless escalation" and he hoped Ankara would act in a "reasonable way".

"We hope that Turkey prioritizes the interest of the Turkish state and not partisan ideology," Gargash said.

Turkey, whose President Tayyip Erdogan has his roots in an Islamist political party, and Qatar have been the main backers of the Muslim Brotherhood movement that challenges Arab rulers.

Kuwait is helping mediate the dispute as is the United States, for which it has posed a challenging test since Qatar hosts a base housing the headquarters of U.S. air power in the Middle East as well as 11,000 troops.

The Sunni Muslim Arab group that imposed the sanctions on Qatar accuse it of funding terrorism, fomenting regional unrest and drawing too close to their Shi'ite Muslim enemy Iran. Qatar rejects those accusations and says it is being punished for straying from its neighbors' backing for authoritarian rulers.

The uncompromising positions adopted by both sides leave little prospect for a quick end to the crisis.

The sanctions have disrupted Qatar's main import routes by land from Saudi Arabia and by sea from big container ships docked in the United Arab Emirates. But Qatar so far has avoided economic collapse by quickly finding alternative channels and says its huge financial reserves will meet any challenges.