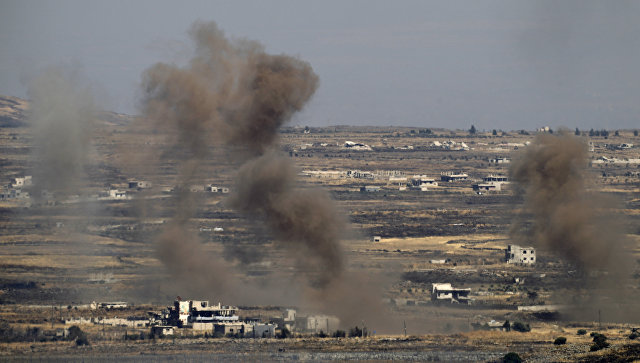 The Israeli air force struck a mortar launcher belonging to the Assad regime in the Syrian Golan Heights on Friday after errant fire hit northern Israel.

The projectile that hit the Israeli side of the Golan earlier Friday, as fighting in Syria spilled over the border, caused no casualties or damage, the Israeli army said.

On Wednesday, Israel struck Assad regime targets soon after several projectiles hit the Israeli Golan Heights. Prime Minister Benjamin Netanyahu was attending a ceremony marking 40 years since the establishment of the town of Katzrin in northern Israel at the time of the fire.