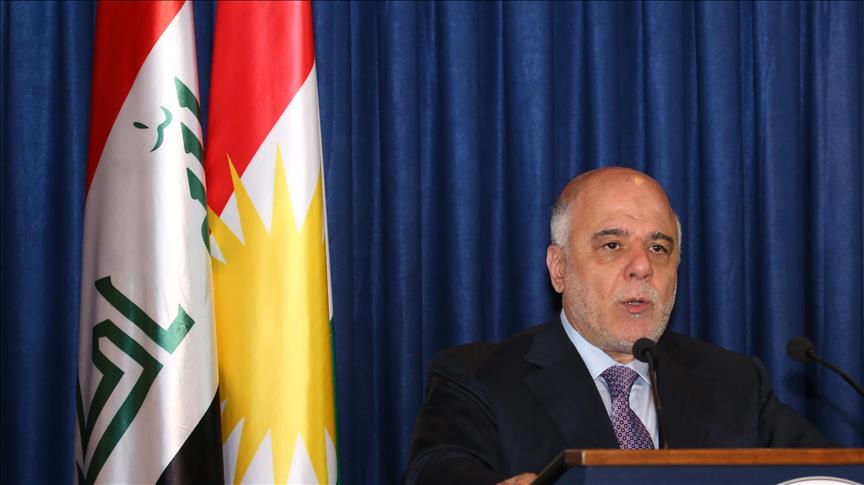 The September referendum, which will be considered non-binding, will see the region’s residents vote on whether or not to declare independence from Iraq’s central government in Baghdad.

Baghdad, for its part, rejects the planned poll, saying it could adversely affect the region’s ongoing fight against the Daesh terrorist group.

The Iraqi government also claims the vote would violate Iraq’s 2005 constitution and would be “of no benefit -- politically or economically -- to the region’s Kurds”.

The meeting took up joint efforts by the federal government and the Kurdish region in the fight against Daesh, the statement said.

"The meeting saw a frank and deep dialogue about activating mechanisms to resolve outstanding problems in a positive atmosphere," it added.

Despite repeated meetings, Baghdad and the Kurdish region have failed to resolve several outstanding issues such as disputed oil-rich areas and salaries of the Kurdish Peshmerga forces.

He said the people of the Kurdish region "have reached a conclusion about the need to hold the referendum on the independence from Iraq".

Birah said the Kurdish delegation has expressed concern during the meeting about Iraq's future.

Turkey rejects the planned referendum, insisting that the region’s stability is inextricably linked to the maintenance of Iraq’s territorial integrity.

The U.S., meanwhile, has likewise expressed concern that the referendum could serve as a “distraction” from other pressing regional issues -- especially the fight against terrorism and the political stabilization of war-weary Iraq.