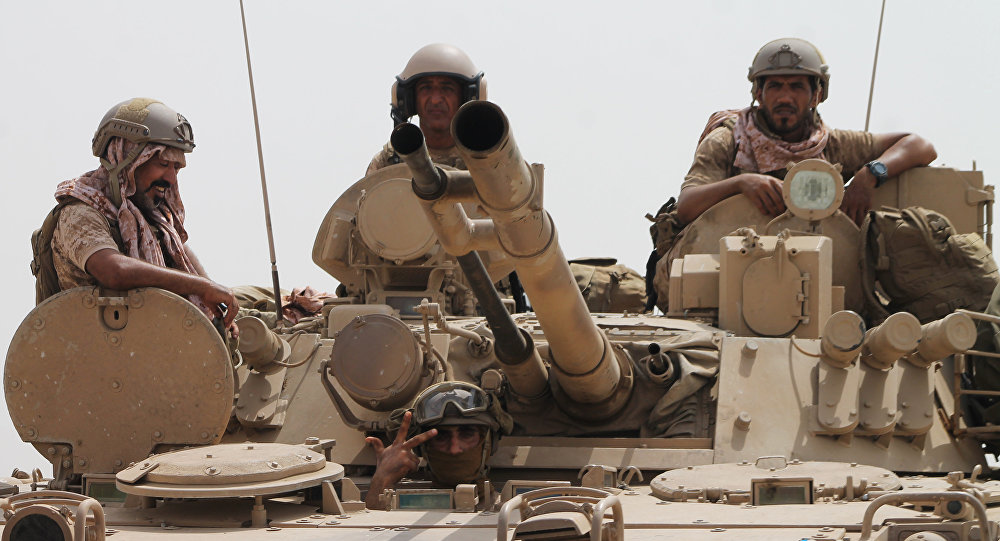 Yemeni officials loyal to former president, Abd Rabbuh Mansur Hadi, say Saudi Arabia has for the first time deployed troops to the southwestern port city of Aden, where Riyadh and its ally, the UAE, are vying for a foothold.

The officials, who were speaking on condition of anonymity, said that the Saudi forces had been stationed at Aden's presidential palace, port and airport.

They are the first special Saudi forces in Aden since 2015, when Saudi Arabia launched a military campaign against Yemen in an attempt to eliminate the country’s Houthi Ansarullah movement and reinstall Riyadh-friendly Hadi.

Saudi Arabia receives backing in the war from a number of its client states, including the UAE. There have, however, been some indications that Saudi Arabia and the UAE disagree on a number of issues over the war on Yemen, among them the control of Aden International Airport.

Earlier this year, Aden-based Hadi became suspicious of Abu Dhabi’s role in Yemen and accused it of acting "like an occupation power.”

He also sacked two of his pro-Emirati officials who allegedly supported the secession of southern Yemen. The move sparked mass protests in the south and fueled calls for separation.

Saudi Arabia has come under international criticism over the mounting civilian casualties in Yemen and the massive destruction.

It has also achieved neither of the objectives despite spending billions of dollars on the war and enlisting the cooperation of dozens of its vassal states as well as Western countries.

The Saudi-led bombing campaign, which has been accompanied by a naval and aerial blockade on Yemen, has so far killed over 12,000 people in the impoverished state, left 70 percent of the country’s 27 million population in desperate need of humanitarian aid, and caused the worst cholera outbreak in the world.