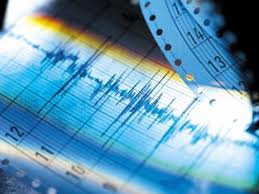 A 5.2 earthquake hit southeastern Indonesia on Saturday, the fourth the country has seen in two days, with no casualties or major damage reported, local officials reported.

Axar.az reports that the quake struck Pesawaran, Lampung, on the island of Sumatra, on Saturday at 10.32 a.m. West Indonesian Time (0332GMT), with an epicenter in the Sunda Strait, 36 kilometers (22 miles) from the southern city of Tampang.

The strong tremor was felt in West Lampung, Tanggamus, and the Sunda Strait. Windows rattled and people rushed out of their houses in several regions, such as Liwa, Krui, Kotaagung, Belimbing, Kotajawa, Negeriratu, Marang, and Karang Brak.

The head of the Earthquake and Tsunami Mitigation Division for the Meteorology, Climatology, and Geophysics Agency (BMKG), Daryono, said the quake occurred as a result of plate movement in subduction zones.