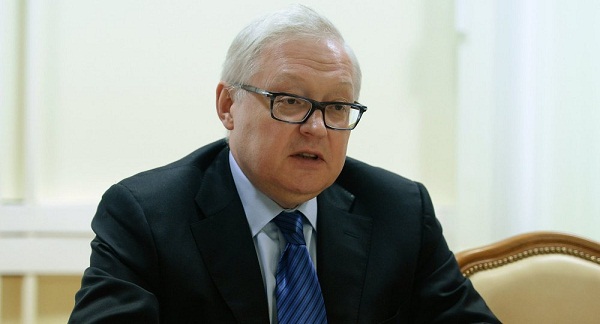 Any missteps in the Korean Peninsula area may lead to a military outbreak, Russian Deputy Foreign Minister Sergei Ryabkov told reporters on Monday.

Axar.az reports citing TASS that, "There should be no room for escalation," he said. "Those who are smarter and stronger should show restraint. In the current situation, any misstep may lead to a political or military outbreak, rather than to the nuclear test conducted recently, which actually reflects the deteriorating situation in Northeast Asia," the senior Russian diplomat added.

Russia continues to stress during contacts with the US that the sanctions pressure on North Korea lacks prospects, Ryabkov said.

He noted that many participants in the discussion of the North Korean problem have some influence on North Korea. According to Ryabkov, it is possible to influence Pyongyang by putting forward realistic proposals for dialogue, "and here much depends on our US counterparts who, unfortunately, are inclined to use the language of sanctions, the language threats rather than seeking solutions with the help of diplomatic methods."

"Therefore, representing the issue as if someone can exert greater and someone lesser pressure means playing not in favor of a political solution. We talk about that openly, including our American counterparts," Ryabkov said.