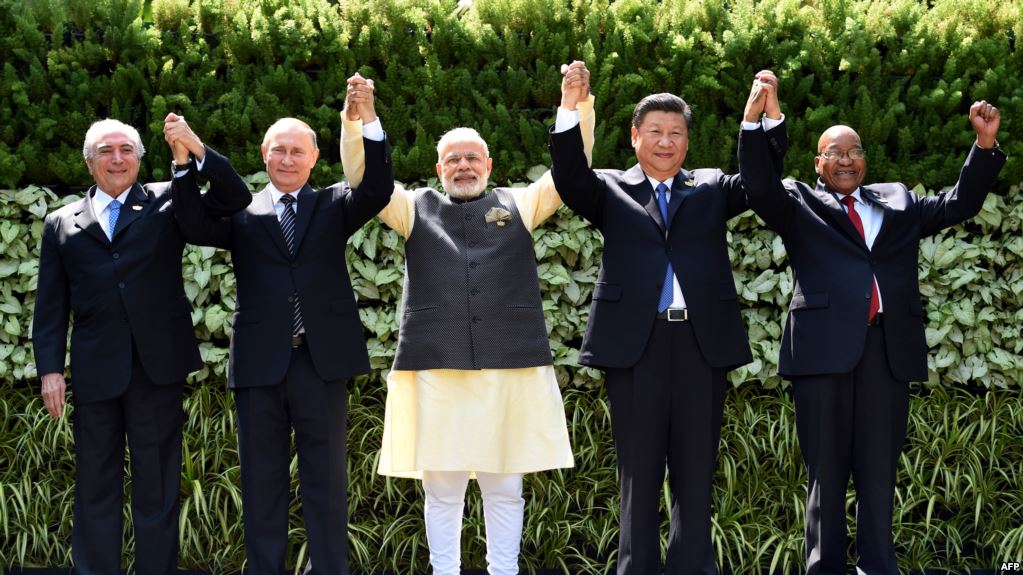 The BRICS leaders have called for establishing a broad international counter-terrorism coalition, the Xiamen declaration adopted by the group said.

Axar.az reports citing TASS that, "We call upon the international community to establish a genuinely broad international counter-terrorism coalition and support the UN's central coordinating role in this regard," the declaration said. "We call for expeditious finalization and adoption of the Comprehensive Convention on International Terrorism (CCIT) by the United Nations General Assembly."

"We deplore all terrorist attacks worldwide, including attacks in BRICS countries, and condemn terrorism in all its forms and manifestations wherever committed and by whomsoever and stress that there can be no justification whatsoever for any act of terrorism," the declaration said.

"We call upon all nations to adopt a comprehensive approach in combating terrorism, which should include countering radicalization, recruitment, movement of terrorists including Foreign Terrorist Fighters, blocking sources of financing terrorism including, for instance, through organized crime by means of money-laundering, supply of weapons, drug trafficking and other criminal activities, dismantling terrorist bases, and countering misuse of the Internet including social media by terrorist entities through misuse of the latest Information and Communication Technologies (ICTs)," the document said.