Israel to set up special police force for Al-Aqsa 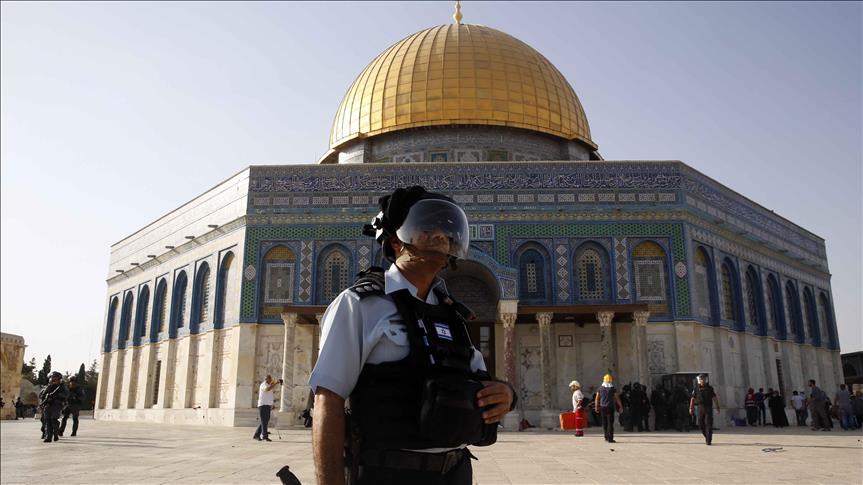 “The Temple Mount Unit will be equipped with advanced technology and will gather intelligence in order to protect visitors to the holy site,” Erdan was quoted as saying by The Jerusalem Post daily.

“The unit will include approximately 200 policemen, in which 100 will be specially recruited to the police in the course of the next year,” he said.

The Israeli minister said the plan came “as a result of conclusions drawn” following a shootout on the flashpoint compound in June in which two Israeli policemen were killed. Three Palestinians were also killed in the gun battle.

Israel occupied East Jerusalem -- in which the Al-Aqsa is located -- during the 1967 Middle East War. It later annexed the entire city in 1980, unilaterally claiming it as the capital of the self-proclaimed Jewish state.