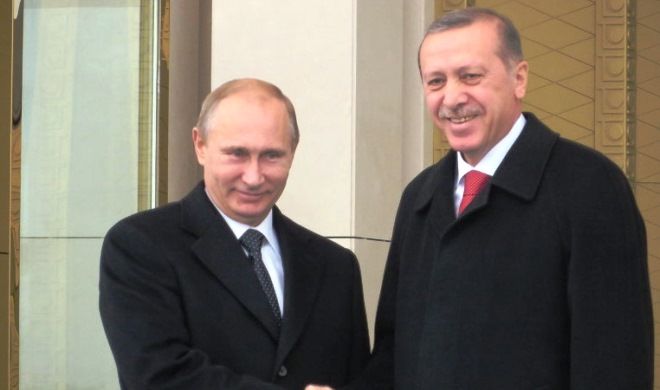 Turkish President Tayyip Erdogan will visit Russia’s Sochi on November 13, followed by a visit to Kuwait the following day, his office said on Monday.

Axar.az reports citing Reuters that, the visit to Sochi comes amid reports of potential sticking points in Turkey’s planned purchase of a Russian S-400 surface-to-air missile system, and Turkish objections to the attendance of Syrian Kurdish groups to a Russian-sponsored Syrian peace congress scheduled for Nov. 18.

Last week, the two countries took a step toward the solution of an import crisis as Russia lifted restrictions on import of Turkish tomatoes.