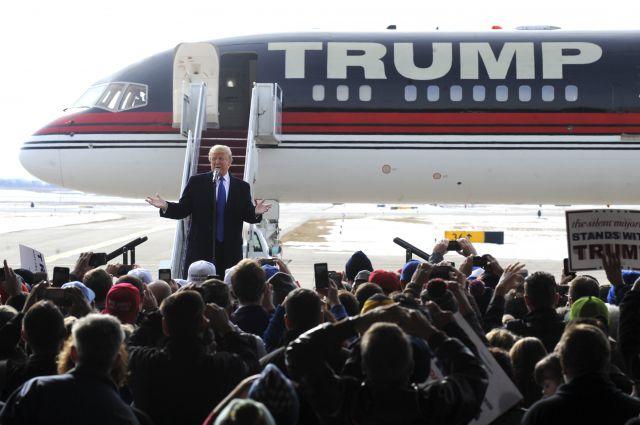 President Donald Trump flew into South Korea and met with U.S. troops stationed there on Tuesday, the closest he has come to the frontlines of the nuclear standoff with North Korea, on a visit that could further aggravate tensions with Pyongyang.

Axar.az reports citing Reuters that landing at Osan Air Base outside Seoul, the president and First Lady Melania Trump stepped down from Air Force One onto a red carpet as he began his 24-hour visit with a military honor guard and 21-gun salute.

He then flew by helicopter to Camp Humphreys, the largest U.S. military installation in the country.

The White House says Trump’s trip is intended to demonstrate U.S. resolve over his hardline approach to the North Korean nuclear and missile threats, but many in the region fear further bellicose presidential rhetoric could increase the potential for a devastating military conflict on the Korean peninsula.