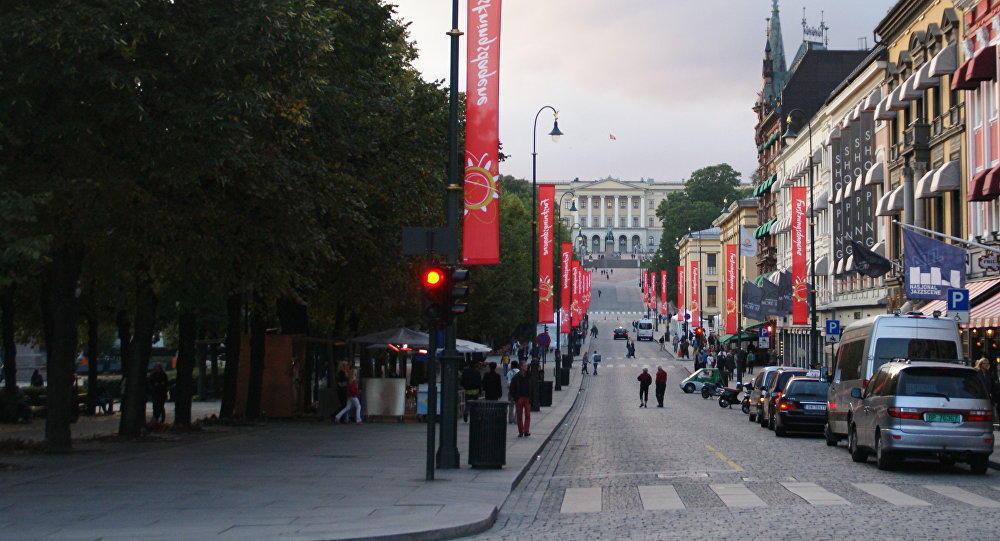 In a bid to make the city safer and prevent vehicular terrorist attacks, the main pedestrian-only boulevard in the Norwegian capital of Oslo has been equipped with heavy flowerbeds.

Axar.az reports citing Sputnik that, Karl Johans Gate, Oslo's main street stretching from Oslo's central train station up to the House of Parliament and the Royal Palace, was furnished with heavy 'anti-terrorist' flowerbeds and planet boxes to nip truck attacks in the bud, the Norwegian national broadcaster NRK reported.

Several of these well-disguised terror hindrances were placed outside the Parliament in the past. Now, after a spate of vehicular attacks in Stockholm, Nice and London, city authorities have responded with additional measures.

​Ironically, the very same Karl Johans Gate was recently censured by Nick Aldworth, head of counter terrorism with London Metropolitan Police over a dramatic lack of security. In an interview with the tabloid daily Verdens Gang, Aldworth said he "shuddered" when taking a stroll along Oslo's main artery when visiting the city earlier this year.

Oslo Mayor Raymond Johansen of the Labor Party retorted to the dig by calling Oslo a safe city.

"We can't just wall ourselves in for fear of terrorism, but we can try to prevent it," Johansen told the Aftenposten daily, presenting the recent "risk-reducing" measures in downtown Oslo. According to Johansen, the city has been working on its "flower power" project since late August. "It is a complete coincidence that Aldworth's remarks came last week," he argued, admitting that they nevertheless were indicative of the seriousness of the situation.

The flowerbeds made of heavy concrete and filled with earth and seasonally appropriate plants are placed in a fashion that only allows delivery or emergency vehicles to zigzag their way through the street, thus reducing the risk of terrorist attacks.

The project was enacted in collaboration with the Oslo Police. According to Johanssen, the ambition was to step up security while maintaining a cheerful atmosphere in the city center, without having to turn it into a besieged fortress. Johanssen insisted that the level of terror threat against the Norwegian capital that was last hit in 2011 by right-wing extremist Anders Behring Breivik remains rather low.

"There is no concrete threat against Oslo," Johanssen said. "At the same time the PST [the Norwegian Police Security Service] is positive in its general threat evaluation that Norway's largest cities are the likeliest possible targets," he added.

Over the coming weeks, similar barriers-disguised-as-flowerbeds will adorn other parts of the city center, including the Railway Square, Lille Grensen and Arbeidergata.