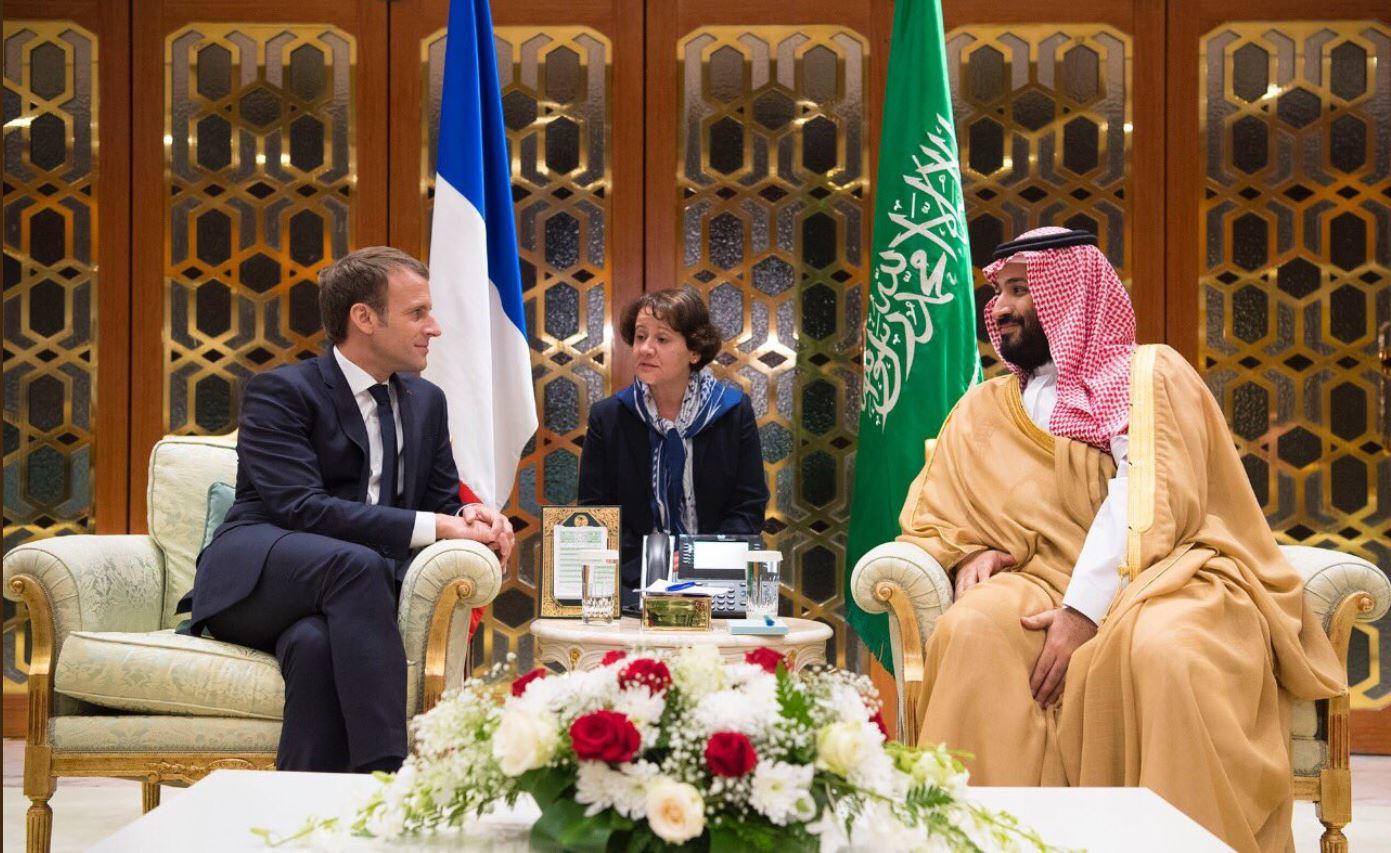 French President Emmanuel Macron arrived in Saudi Arabia on a surprise trip, Thursday night, coming from the United Arab Emirates and met with Crown Prince Mohammed bin Salman who welcomed him at the airport.

Axar.az reports citing Al Arabiya that Macron said he made the decision earlier in the morning about heading to Saudi Arabia, in part over Houthi militia in Yemen launching a ballistic missile that targeted Riyadh, the Kingdom’s capital and to discuss issues concerning Iran. He bluntly blamed Iran for the attack, saying that while he still supported Tehran’s 2015 nuclear deal with world powers, a new agreement needed to be reached over Iran’s missile program.

“The missile which was intercepted by Saudi Arabia launched from Yemen, which obviously is an Iranian missile, shows precisely the strength of their” program, Macron told journalists at a news conference held at a French school in Dubai.

Iranian state media did not immediately report the remarks. Iranian officials, while backing the Houthis in Yemen, have denied directly arming them.

The ballistic missile launched Saturday night flew near Riyadh’s international airport before Saudi officials said they shot it down. By early Monday, the Kingdom warned Iran that the missile launch could be “considered as an act of war.”

“I believe it’s important that we work with Saudi Arabia for the purpose of guaranteeing stability in the region and the fight against terrorism,” Macron said.

President Macron at the Dubai press conference where he announced his trip to Saudi Arabia. (AFP)

The surprise trip to Saudi Arabia comes at the end of a two-day trip by Macron to the United Arab Emirates.

After focusing Wednesday on cultural ties between France and the UAE with the opening of the Louvre Abu Dhabi, Macron on Thursday toured a nearby French naval base and discussed the military cooperation between the two nations.

Macron visited the Camp Peace naval base at Abu Dhabi’s Port Zayed, which sits just across the waters of the Arabian Gulf from the new Louvre. The museum’s saltshaker-like dome sits in sight of the base.

A military band played “La Marseillaise” and an honor guard met Macron before he boarded and walked through the French frigate Jean Bart.

The French president later addressed gathered sailors there, noting their work to both battle extremists and stop smugglers and piracy in the Persian Gulf and surrounding waters.