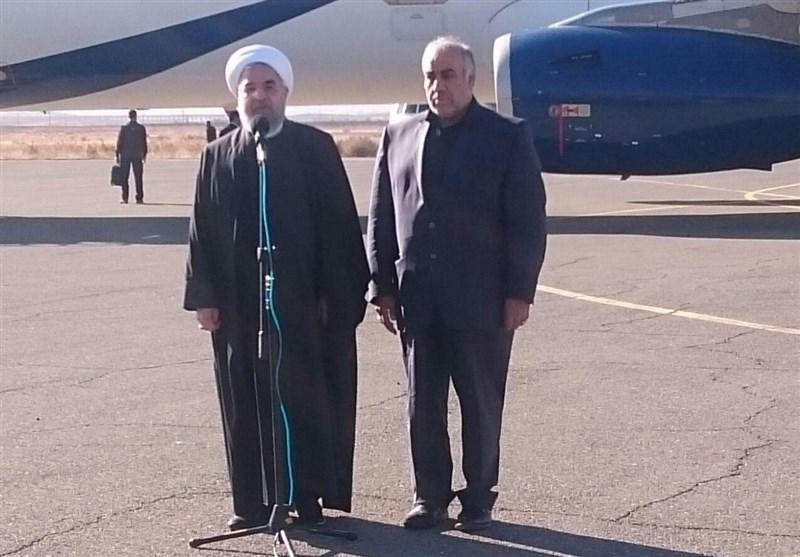 President Hassan Rouhani has travelled to Iran’s western province of Kermanshah in the wake of a massive earthquake that has killed more than 420 people so far.

In comments upon arrival in Kermanshah on Tuesday morning, the president expresses sorrow at the deaths of hundreds of people in the quake, saying people of Kermanshah should not feel alone as the entire Iran stands with them.

He also hailed the whole organizations and military and civilian forces for the efforts to relieve the pain of people in the quake-hit areas.

President Rouhani also pledged that the administration would provide loans and financial aids for the residents made homeless in the disaster.

As the rescue and relief operations are nearing completion, officials revised down the death toll to 423 on Tuesday morning, saying 12,000 dwellings have been razed to the ground by the temblor.
Around 7,400 people have been also injured by the Sunday night’s earthquake measuring 7.3 on the Richter scale, whose epicenter was near Halabjah, southeast of Iraq’s Sulaymaniyah.

A number of administrative buildings in the province of Kermanshah have been used to accommodate people, as the temperature drops sharply in the night.

In a message on Monday morning, Leader of the Islamic Revolution Ayatollah Seyed Ali Khamenei ordered all Iranian officials to rush to help the large number of people affected by the earthquake, and particularly rescue those trapped under rubble in the very first hours after the disaster.