Gerry Adams to retire as Sinn Fein president next year 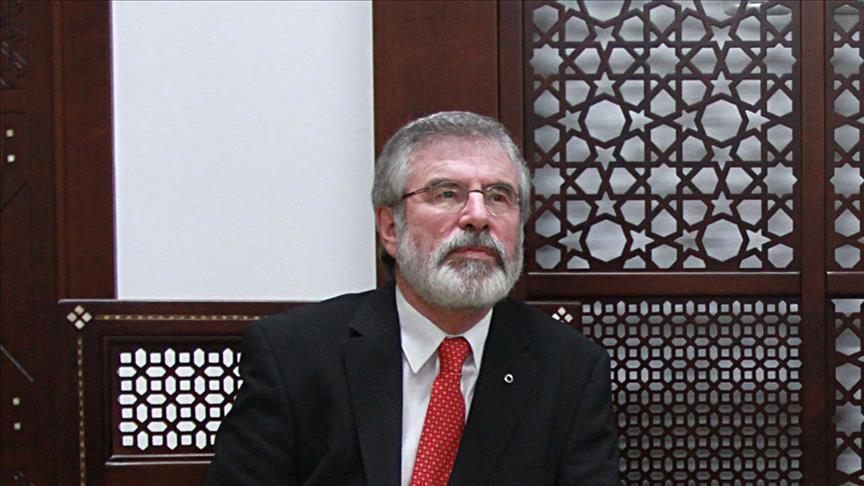 The president of Sinn Fein, Gerry Adams, announced his planned retirement as party president next year on Saturday.

Axar.az reports citing AA that Adams told his party’s delegates during an annual conference held in Dublin that he will not seek re-election to the Irish parliament (the Dail), in the next general election.

“I thought I needed to tell you … I have been privileged to be part of an amazing leadership,” Adams said.

“One of our greatest achievements has been to build a peace process. I will not be standing for the Dail,” said Adams.

He said he would ask the party’s national executive to agree on a date in 2018 to elect the next Sinn Fein president.

One of the most prominent figures of Irish politics, Gerry Adams has been Sinn Fein’s president for the past 34 years.

The 69-year old leader played an important part in the peace deal inked in 1998 in Northern Ireland between Irish republicans and nationalists.

The deal -- dubbed the Good Friday agreement -- largely saw the end of Troubles-era violence in which more than 3,500 people lost their lives.

The Belfast Agreement of 1998 laid the foundation for a peace deal which fell short of the IRA’s goal of a united Ireland, but the movement largely remained united behind the leadership of Martin McGuinness and his longtime colleague, Sinn Fein President Gerry Adams.

McGuinness resigned in January as deputy First Minister, causing the collapse of the Northern Ireland’s devolved government, over a botched energy scheme and died shortly after in March.

The new Executive is still to be formed as Sinn Fein and the Democratic Unionist Party (DUP) have failed to agree on various points since elections in March.

Adams said the move to leave politics to the next generations was agreed upon with McGuinness before his death. Michelle O'Neill, 40, was elected as Sinn Fein's leader at Stormont (Northern Ireland parliament).

Party delegates elected Adams to carry on as president until 2018 and agreed to hold a special conference to discuss the new leadership.

“I want to thank everyone who has welcomed me into their homes and communities and who have made me part of countless campaigns, countless elections and countless negotiations,” Adams said in his speech.

“Leadership means knowing when it is time for change and that time is now,” he added.