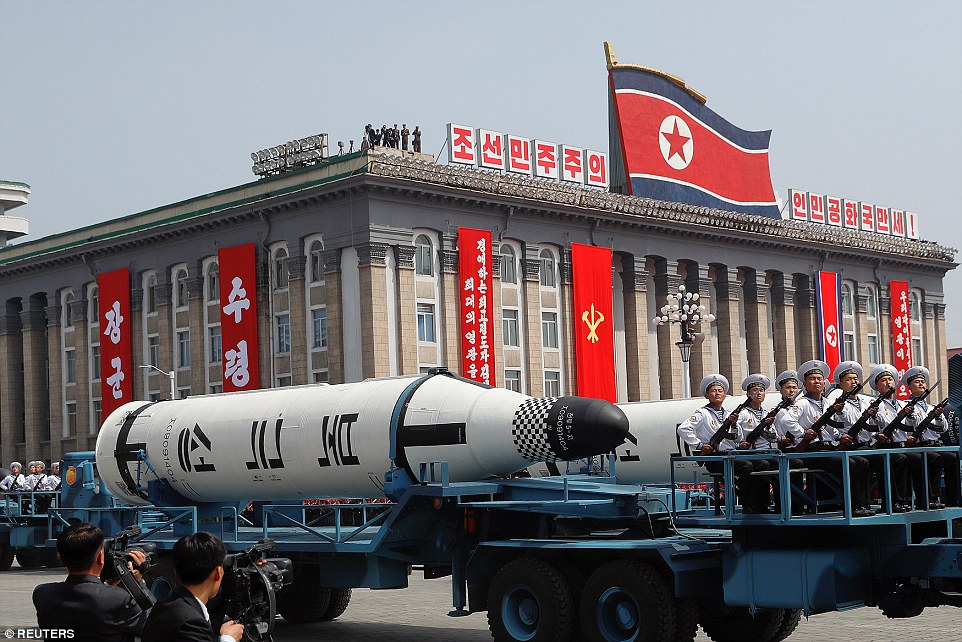 Following a closed-door briefing by South Korea's National Intelligence Service Monday, lawmakers revealed that North Korea may be preparing to for new missile tests by the end of the year.

Axar.az reports citing Sputnik that, lawmakers later told reporters that the test would likely be conducted under the premise of launching a satellite to avoid triggering suspicion.

"The agency is closely following the developments because there is a possibility that North Korea could fire an array of ballistic missiles this year under the name of a satellite launch and peaceful development of space," Yi Wan-young, a member of Seoul's Parliament, said, "…but in fact [North Korea's goal is] to ratchet up its threats against the United States."

Though there hasn't been much of an indication that Pyongyang has been scheming for a test, Yonhap was informed by the spy agency that it all depends on Kim Jong-un's "determination." The agency later emphasized the next test "is possible any time."

According to the NIS, despite reports that the DPRK's Punggye-ri mountain test site is on the verge of collapsing, Pyongyang does have one of its test tunnels still available.

The last time North Korea conducted a test was September 3.

In addition to briefing lawmakers on potential testing by its northern neighbor, officials also told politicians that the DPRK was undergoing an inspection of its members in the military's General Political Bureau for the first time in 20 years, Yonhap reported.

The inspection, led by Choe Ryong-hae, the head of North Korea's Organization and Guidance Department, saw the punishment of two top officials from the political unit: Hwang Pyong-so and Kim Won-hong, the political bureau's chief and deputy chief, respectively.

"Under Choe's command, the Organization and Guidance Department is undertaking an inspection of the military politburo for the first time in 20 years, taking issue with their impure attitude toward the party leadership," Kim Byung-kee, another lawmaker, told.

The South Korean agency did not indicate what type of punishment the two officials were subjected to.