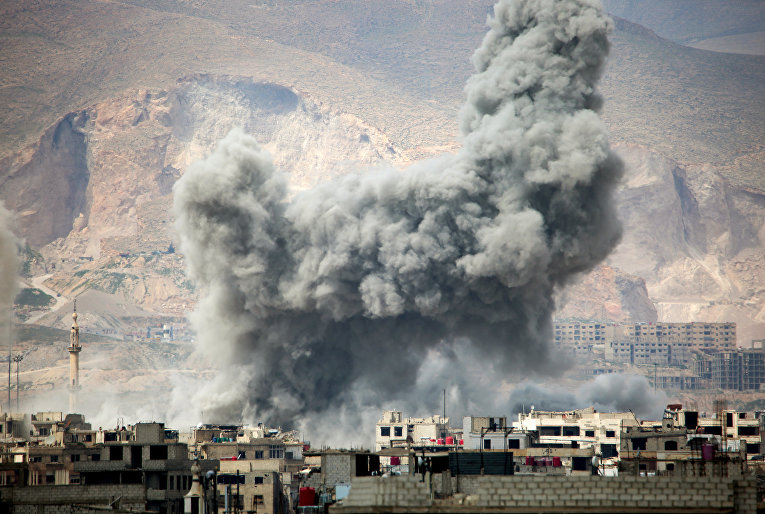 After blocking U.N. Security Council action against Syria, Russia has proposed changing the rules for inspectors at the world’s chemical weapons body in The Hague, a move Western diplomats and experts said would undermine its work.

Axar.az informs citing Reuters that it is the latest confrontation between Russia, a close ally and military backer of Syrian President Bashar al-Assad, and the West over an international inquiry established to determine who is behind ongoing chemical attacks in Syria’s civil war.

It came as Russian President Vladimir Putin hosted Assad late on Monday for talks aimed at ending a conflict that has now raged for nearly seven years. [L8N1NR3VO]

At the Organisation for the Prohibition of Chemical Weapons (OPCW), a draft Russian-Iranian decision circulated among the 41 members of the body’s executive council, a copy of which was obtained by Reuters, sought to overturn procedures on how OPCW inspectors work and how their findings are shared.

The proposal was to be discussed by the OPCW’s decision-making executive council, which was meeting on Tuesday, but had little chance of obtaining sufficient support to pass.

Russia’s ambassador to the OPCW, Alexander Shulgin, said in an interview that Moscow remained committed to the OPCW and efforts to prosecute perpetrators of attacks.

But Russia is “not convinced by some of the findings implicating the Syrian government,” he said, defending the effort to change the mandate.

He also questioned the decision not to send OPCW inspectors to Khan Sheikhoun, where nearly 100 people were killed with sarin on April 4, “based on the pretext of the security conditions”.

The head of the OPCW said at the time the team was not deployed to Khan Sheikhoun due to genuine security risks -- they were ambushed and shot at during investigations in 2013 and 2014. The team confirmed sarin poisoning by testing the blood of victims across the border in Turkey.

The Russian draft says the OPCW should withhold “findings that are not based on the results of on-site investigations”, but experts said this was an attempt to scupper the investigations.