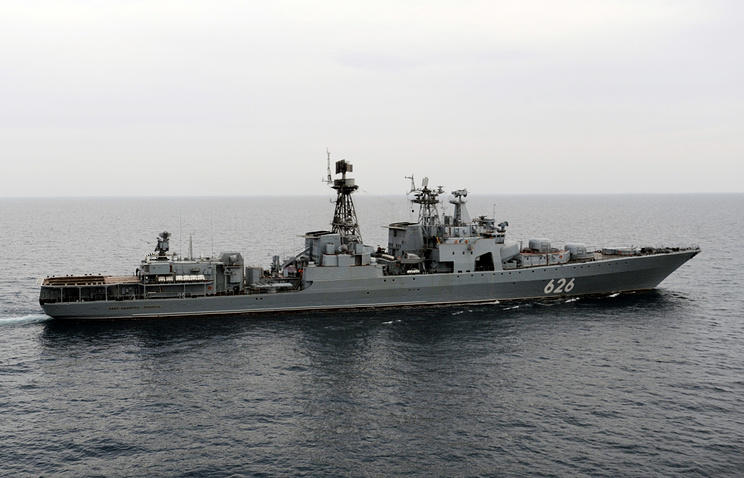 Russia has proposed to dispatch an oceanographic ship to Argentina in order to assist the search for a missing Argentine submarine, the San Juan, the Argentine Foreign Ministry said on Wednesday following a telephone conversation between Russian President Vladimir Putin and Argentine President Mauricio Macri.

Axar.az reports citing TASS that, the Argentine President thanked his Russian opposite number for offers of assistance while Putin said on his part he would immediately send a high-tech oceanographic ship that would be very instrumental in an operation of this kind.

The ministry also said the two Presidents had agreed that the Russian and Argentine Defense Ministers would discuss the ways of implementing Moscow’s offer of cooperation.

The number of countries thus engaged in the search and rescue operation in southern Atlantic will reach thirteen. The Foreign Ministry said earlier assistance had already come from Germany, Brazil, Canada, Chile, Colombia, Spain, the U.S., France, Norway, Peru, the UK, and Uruguay.

The Kremlin press service said earlier Putin had said encouraging words to Macri during the conversation in connection with the San Juan disappearance and had offered assistance in the search operation. The two leaders agreed that the Defense Ministries would maintain contacts over the issue.

Putin and Macri also discussed the pressing issues of further cooperation between Russia and Argentina.

The diesel-electric submarine San Juan, built in the Federal Republic of Germany in 1983, stopped responding to radio communications on November 15 and the Argentine Navy launched an intensive search for it in the night hours of November 16 and expanded it to a search and rescue operation the next day.

The submarine had a 44-strong crew aboard.