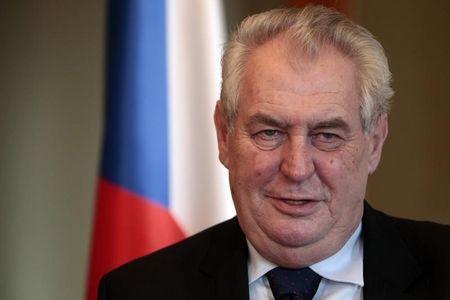 Axar.az informs citing TASS that the Czech leader, who is on an official visit to Russia, said this in an interview with Prague's Barrandov TV channel, which was broadcast late on Thursday.

He said that the country’s decision to support the Nord Stream-2 project was taken on the basis of the recommendations of the Czech Industry and Trade Ministry.

Milos Zeman's visit to Russia began on Monday and will end on Friday. He held talks with Russian President Vladimir Putin, met with Prime Minister Dmitry Medvedev. During his trip to Russia the Czech leader is accompanied by the largest ever delegation of businessmen of the republic.

The Nord Stream-2 natural gas pipeline is planned to be commissioned by the end of 2019. The pipeline is expected to come into service at the end of 2019. It is set to run from the Russian coast along the Baltic Sea bed to the German shore. Each of the pipeline’s two stretches will have a capacity of 27.5 billion cubic meters. The new pipeline will double the capacity of the first stretch and will basically follow its route. Capital expenditures on the project are estimated at 8 billion euros and its total cost will amount to 9.9 billion euros, taking into account project financing.