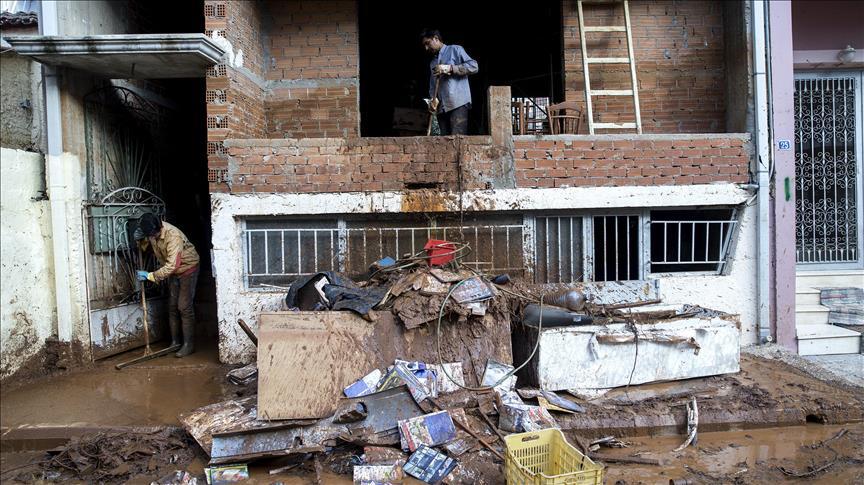 The death toll from flash flooding which hit Athens earlier this month has risen to 22, the fire department announced on Monday.

Axar.az reports citing AA that the remains of the latest victim were found in the early hours of Monday near a depot in the western Athenian municipality of Mandra.

Firefighters are currently trying to recover the body which is buried in mud. An identification procedure will follow in hospital.

Volunteers from around Greece have gathered in the areas hit by the deadly floods to help residents.

The floods were one of the worst disasters to have ever hit the areas of Nea Peramos, Megara and Mandra, turning roads into fast-flowing rivers of mud, trapping passengers in their vehicles and residents in their homes.

Questions were raised in parliament by Prime Minister Alexis Tsipras who blamed the disaster on construction and town planning of the past decades.

"It is an unprecedented disaster caused by an extremely extreme phenomenon," he said, adding that the floods revealed "in the most tragic way the criminal and inexcusable political choices of decades in construction and town planning”.