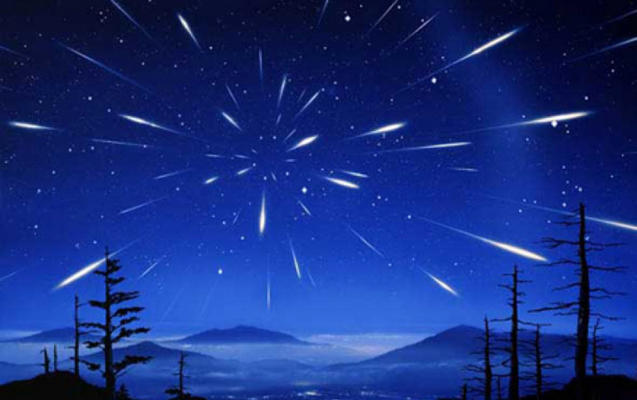 Participants in the project to create the Urals bolide network of photo and video cameras have registered the fall of a space object north of the town of Irbit in the Sverdlovsk Region overnight to November 27, project participant Ilya Yankovsky told TASS on Monday.

Axar.az reports citing TASS that the object could be a fragment of a satellite or a large meteor, he said.
The local media earlier reported, citing eye-witnesses, that Yekaterinburg residents had witnessed a bright flash at about 05:00 a.m. local time on September 27 near the Yekaterinburg-Expo exhibition center. Besides, several videos were posted. However, scientists say that these videos have no relation to the object registered near Irbit.

"At 03:04 local time, observation cameras in Irbit caught an object flying from the west and slowly burning out in the atmosphere. While moving eastward, it fell into fragments and died out. Therefore, this is not the object reported by some media outlets because the time does not coincide. Some fragments could have fallen on the surface but the exact place is not known until the full trajectory is identified," the project participant said.

Associate Professor of the Department of Physical Methods and Quality Control Instruments at the Urals Federal University, Senior Researcher at the Institute of Metal Physics of the Urals branch of the Russian Academy of Sciences Nikolai Kruglikov told TASS that one of the videos posted in the media and showing the meteor’s fall in Yekaterinburg was a fake clip.

"Overnight to November 27, a small object was spotted by a member of our network in Irbit but this object has nothing to do with what is posted in the media," the researcher said, adding that one of the posted videos "looks like a real one but is not necessarily linked with the object’s entry into the Earth’s atmosphere," he said.

As was reported earlier, the Urals scientists are creating their own bolide network to help get more exact data than eye-witnesses can provide. Observation photo and video cameras are installed at several points on the territory of the Urals and register phenomena occurring in the Earth’s atmosphere. The observation results help determine the speed and the trajectory of space objects.