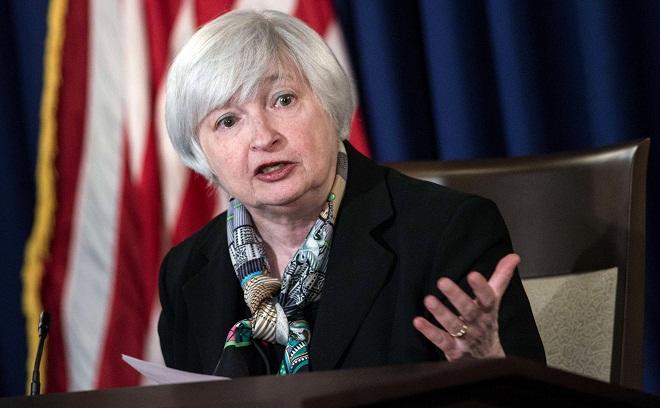 The chair of the Board of Governors of the Federal Reserve System for 4 years Janet Yellen, is leaving her post today.

In one of Yellen's last working days, hundreds of employees gathered in the atrium of the main building of the Federal Reserve located in Washington to wish her success and good luck in her new place of work and to applaud.

Her successor, a member of the Federal Reserve Board of Governors, Jerome Powell, supported the initiative of people. According to Bloomberg, as a gift Fed’s flag presented to 71-year-old Yellen, which fluttered over the building of the organization in the capital.

The economist has already found herself a new job – in Hutchins Center on Fiscal and Monetary Policy at Brookings Institution. There she will join former Fed staff - ex-head of the central bank Ben Bernanke (2006-2014), former vice-presidents of the financial regulator Donald Kohn and Alan Blinder.