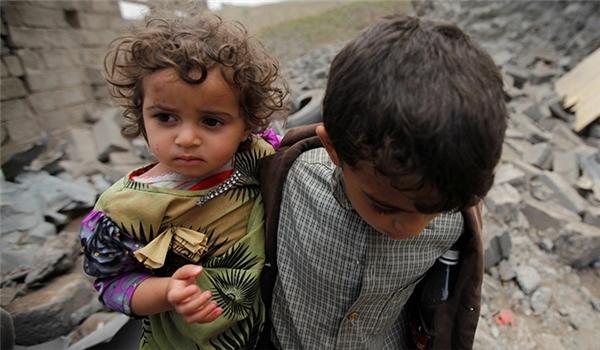 At least four civilians have been killed when Saudi military aircraft carried out a string of airstrikes in Yemen's northwestern province of Sa’ada as the Saudi regime presses ahead with an atrocious military campaign against its crisis-hit southern neighbor.

The development came shortly after scores of Saudi-sponsored militiamen loyal to Yemen's resigned president, Abd Rabbuh Mansur Hadi, was killed and injured when Yemeni army forces fired a domestically-manufactured ballistic missile at their base on the western coast of the country.

A Yemeni military source, requesting not to be named, said Yemeni soldiers and allied fighters from Popular Committees launched a Qaher 2-M (Subduer 2-M) missile at the base.

Earlier in the day, Yemeni soldiers and their allies had fired a short-range ballistic missile towards King Faisal Air Base in Khamis Mushait city of the kingdom’s southwestern border region of Asir.

The missile reportedly hit its target accurately and left massive destruction at the air base.

There were no immediate comments from Saudi officials on the missile attack.

At least 13,600 people have been killed since the onset of Saudi Arabia’s military campaign against Yemen in 2015. Much of the country's infrastructure, including hospitals, schools, and factories, has been reduced to rubble due to the war.

The Saudi-led war has also triggered a deadly cholera epidemic across Yemen.

According to the World Health Organization’s latest tally, the cholera outbreak has killed 2,167 people since the end of April 2017 and is suspected to have infected 841,906.

In November 2017, the United Nations children’s agency, UNICEF, said more than 11 million children in Yemen were in acute need of aid, stressing that it was estimated that every 10 minutes a child died of a preventable disease there.

Additionally, the UN has described the current level of hunger in Yemen as “unprecedented,” emphasizing that 17 million people were food insecure in the country.

The world body says that 6.8 million, meaning almost one in four people, do not have enough food and rely entirely on external assistance.