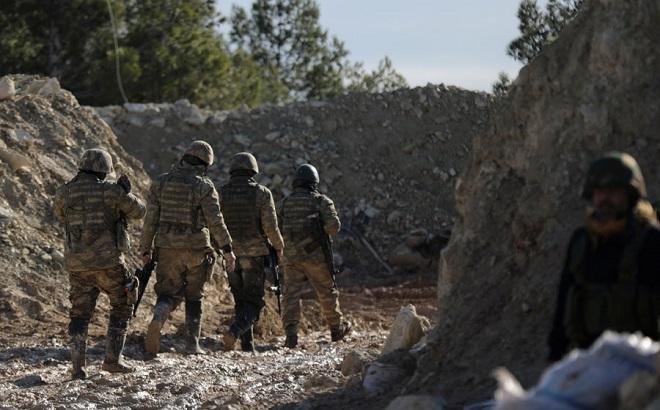 On the 18th day of the operation, the 3.5-meter deep and 3-meter wide ditch linking Dikmetas, under control of terror group, and opposition-held Yazibag villages was discovered.

Opposition forces, later, filled the ditch with soil and made it unusable.

A total of 970 PKK/KCK/PYD-YPG and Daesh terrorists have been "neutralized" since the launch of Operation Olive Branch in Syria's Afrin region, the military said on Tuesday.

A total of 36 locations, including 23 villages and 11 strategic hills have been liberated so far in the operation.

The military also said only terror targets are being destroyed and that "utmost importance and sensitivity" is being put on avoiding harming civilians.