100 pro-government forces killed in strikes by US 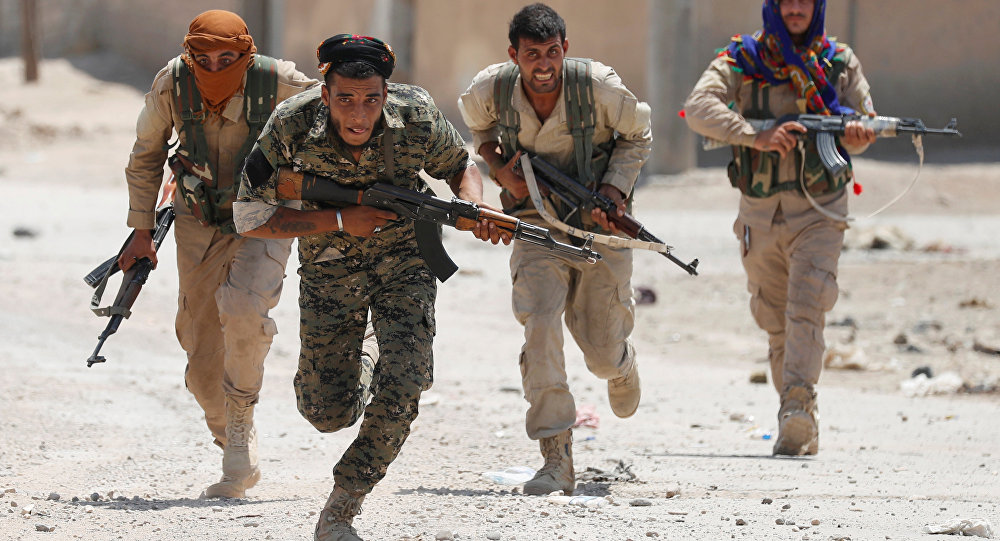 According to ABC citing sources, at least 100 pro-government forces have been killed in strikes carried out by the US-led coalition in Syria.

Earlier in the day, US Central Command announced that the coalition conducted defensive airstrikes against pro-government forces in Syria that attacked Syrian Democratic Forces headquarters near the Euphrates River.

"Syrian pro-regime forces initiated an unprovoked attack against well-established Syrian Democratic Forces headquarters Feb. 7," the release said. "In defense of Coalition and partner forces, the Coalition conducted strikes against attacking forces to repel the act of aggression against partners engaged in the Global Coalition's defeat-Daesh mission."

The Pentagon has been providing the Kurdish-dominated Syrian Democratic Forces with weapons, saying recently, however, that the weapons were provided for use in Syria's Raqqa to retake it from Daesh.
Earlier, the Defense Post news website reported that the US-led coalition was training a force on Syrian territory controlled by the SDF to maintain border security, which has drawn sharp criticism from Ankara.

The US-led coalition of more than 70 members was created to fight against the Daesh terror group. The airstrikes conducted by the coalition in Syria are not authorized by the government of Syrian President Bashar Assad or the United Nations Security Council.