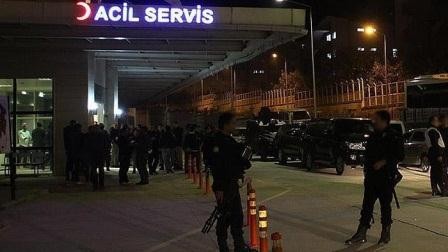 At least five Turkish security personnel were martyred and eight others were injured in two separate PKK terrorist attacks in southeastern Turkey Friday, according to unnamed security sources.

Four soldiers were martyred when a roadside bomb planted by PKK terrorists went off in southeastern Mardin province, the sources, who spoke on condition of anonymity because of restrictions on talking to media, said.

An investigation has been launched in the area to nab the assailants.

Separately, a police officer was martyred during an ongoing counter-terrorism operation in Sirnak province.

Six security guards were also injured in the attack in the province`s Ismetpasa district, the sources added.

The PKK – also listed as a terrorist organization by the U.S. and the EU – resumed its 30-year armed campaign against the Turkish state in July 2015.

Since then, over 350 members of the security forces have been martyred and thousands of PKK terrorists killed in operations across Turkey and northern Iraq.