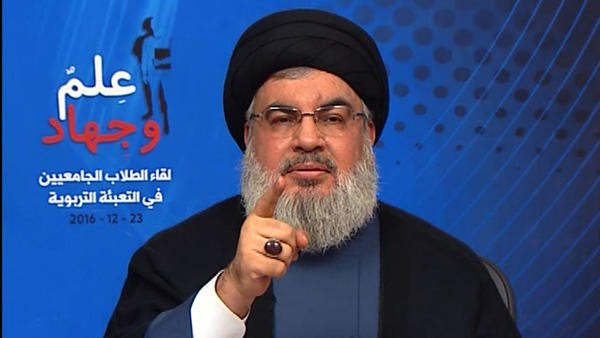 The secretary general of the Lebanese Hezbollah resistance movement has described the presence of Palestinian population in various districts of Jerusalem al-Quds, and their participation in Muslim religious rituals across the occupied city as the best polices to thwart the Israeli regime’s attempts to change its demographics.

Addressing his supporters via a televised speech broadcast live from the Lebanese capital city of Beirut on the occasion of the International Quds Day, Sayyed Hassan Nasrallah stated that many countries have rejected US President Donald Trump’s decision to move the American diplomat mission in the occupied territories to Jerusalem al-Quds, and that his much touted “deal of the century” aims to terminate the Palestinian cause.

Nasrallah added that Israeli officials have been seeking to change the demographic make-up of Jerusalem al-Quds ever since the Tel Aviv regime was created in 1967.

The Hezbollah chief noted that the Lebanese people marked this year’s Quds Day in the southern village of Maroun al-Ras as it lies on the border with occupied Palestinian lands.

“The occupying regime (of Israel) has failed to change al-Quds demography despite considerable efforts over the past years. Palestinians are resolved to stay in their homes, and they need the full support of Arab and Muslims to achieve such a goal,” he pointed out.

Nasrallah also criticized Saudi Arabia and the United Arab Emirates for their efforts to persuade other Muslim countries that Israelis reserve a right in Palestine.

“They falsify and distort the meanings of holy Quran verses in a bid to protect their regimes through obeying US orders, recognizing the Zionist regime (of Israel) and eradicating the Palestinian cause,” he commented.

The Hezbollah secretary general went on to say that some treacherous Arab businessmen are buying Palestinian homes in Jerusalem al-Quds, and then selling them to extremist settlers.

Nasrallah also made it clear the new generation of the Palestinian nation has no fear of Israeli bullets at all, and is pressing ahead with anti-occupation protest rallies.

He further highlighted that this year’s Quds Day demonstrations were staged worldwide; and that Yemenis – irrespective of Saudi airstrikes and crippling Saudi-led naval and aerial blockade – took part in a massive rally to express their unwavering support for Palestine and its nation.
The Hezbollah chief then criticized Bahraini Foreign Minister Sheikh Khalid bin Ahmed Al Khalifah over his support for Israel’s missile attack on occupied Golan Heights.

“Saudi Arabia and some Arab countries tend to arrest all those who advocate the Palestinian cause and call for anti-Israel demonstrations.

“The Islamic Republic of Iran has supported Palestine since the victory of the Islamic Revolution back in 1979. It has paid a heavy price for such a stance. All those countries that hold hostilities against Iran should consider themselves as Israel’s allies. All those expecting the fall of Iran’s Islamic establishment should also well know that they are under delusion,” Nasrallah pointed out.

He then described Syria as the main pivot of the anti-Israel resistance front, emphasizing that the Israeli regime must now come to terms with the fact that its plots to end the resistance front there have resulted in abject failure.

“Hezbollah fighters were deployed to Syria at the request of the Damascus government. The fall of the incumbent Syrian administration would have been catastrophic for the anti-Israel resistance front. We will stay in Syria as long as the Syrian government wants and will withdraw once we are officially demanded to do so,” Nasrallah concluded.