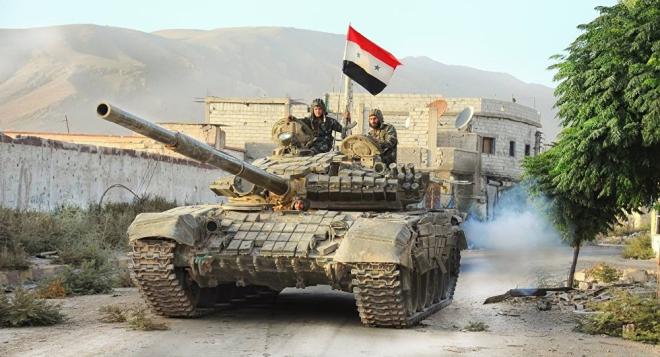 Syrian army units have liberated from militants of the Islamic State (IS, terror group, outlawed in Russia) 1,800 square kilometers of desert in Deir ez-Zor Governorate west of the city of Abu Kamal.

According to the news agency, during the operation, the army wiped out a large number of terrorists and destroyed their weapons.