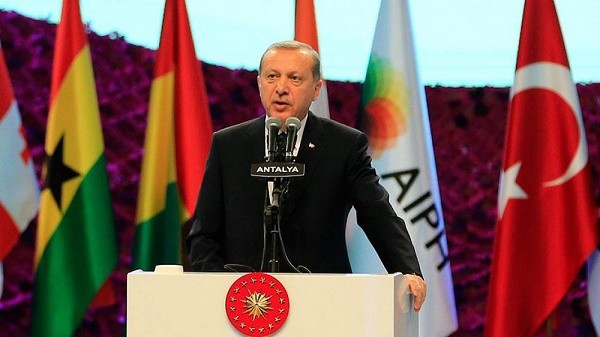 Antalya's Expo 2016 opened with hopes that the six-month food-themed world fair will be a catalyst for a tourism industry revival in the southern Turkish province, located on the Mediterranean Sea coast. The expo, one of the most important horticultural exhibitions in the world, is expected to attract 8 million visits over six months and aims at constituting a permanent and unique tourist attraction for the region.

The official opening ceremony for the expo was held Friday night with the attendance of Turkish President Recep Tayyip Erdogan and Prime Minister Ahmet Davutoglu, Foreign Minister Mevlut Çavuşoglu and other international guests.

"This Expo is the culmination of many years of work and today we witness the magnificent result of all this hard work," said Bernard Oosterom, president of the International Association of Horticultural Producers (AIPH).

"I am convinced that this Expo opens the way for Turkey to host many other major international events but always remember, it started here!" Oosterom said.

Together with Turkey, 53 countries, from 4 continents, have put innovation, art, technology and imagination at the service of the beauty and the poetry of gardens.

A number of activities have also been scheduled throughout the Expo to enable children to develop environmental awareness and responsibility. Issues such as global warming, ecological farming, the protection of biodiversity, sustainability and food security will also be addressed. There are several ambitious gardens inside the exhibition site, including a 3,150-square- meter Chinese garden called Moon's Jewel and a 1,200-square-meter Japanese garden.