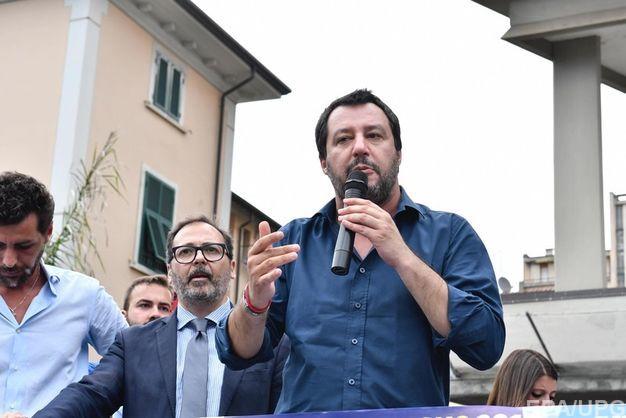 Matteo Salvini, the Italian interior minister and deputy prime minister, said in an interview with RT broadcaster that European sanctions against Russia had no economic, political, social or cultural sense.

"The next May will give us a historic opportunity to finally change the balance of power in Europe and change relations with countries located outside Europe, I mean Russia. I always attract the [Italian] government’s attention to the loses [sustained during the sanctions period]. And I will continue to do this because the sanctions against Russia do not have any economic, political, social or cultural sense," Salvini said in an interview released on Monday.

In May 2019, the election of members of the European Parliament will take place.

The European Union first introduced its restrictions against Russia in 2014 amid the eruption of the Ukrainian conflict and Crimea’s reunification with Russia as a result of a referendum. Russia has repeatedly denied any interference in the Ukrainian crisis, saying it was not a side to the conflict. As a retaliatory move, Moscow slapped food embargo on EU states.

While the European Council extended the sanctions through January 2019, many European politicians, including those from Italy, have called for the removal of the restrictions, citing damage they cause to the EU economy.

In July, Italian parliamentarian Roberto Mura said that the country was losing 7 million euros ($8.13 million) on a daily basis from the EU sanctions against Russia.