Days of Dagestan due in Azerbaijan 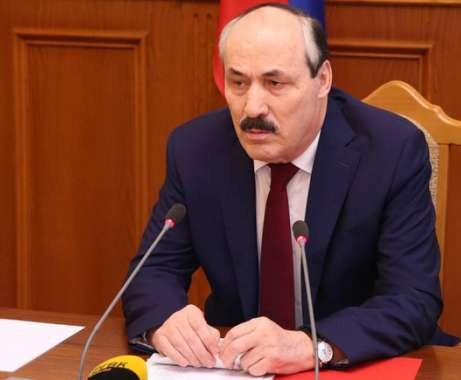 Baku will host Days of Dagestan for the first time on May 12-13, which stipulates a series of events.

Dagestan will present its economy, culture, traditions and history, as well as, tourism potential, Head of the Dagestan Republic Ramazan Abdulatipov told about it.

Abdulatipov informed that Dagestan will introduce more than 30 projects in Baku including the production and processing of subsoil resources. Dagestan owns one of the richest reserves in Russia.

Dagestan has already signed a preliminary agreement with Azerbaijani on the establishment of an enterprise for sand activation, he reminded.

Earlier it was reported that Abdullatipov will visit capital city Baku on May 12-13. He is expected to meet with Azerbaijani officials, particularly, with Economy Minister Shahin Mustafayev, First Deputy Prime Minister Yagub Eyyubov, as well as, Chairman of the Caucasian Muslims Office Sheikh ul-Islam Allahshukur Pashazade.

Bilateral agreements on trade-economic, scientific-technical, and cultural cooperation were signed with a number of Russian regions at the intergovernmental level till now.

Previously, Russia ratified the agreement on promotion and mutual protection of investments between Russia and Azerbaijan on November 4, 2015.

The agreement, which was signed in Astrakhan on September 29, 2014, aims to provide the most favorable environment to the investors of both countries. The deal guarantees the protection of investments against forcible seizure under nationalization or expropriation.

Overall, Russia has invested more than $ 1.8 billion in Azerbaijan’s economy. On its turn, Azerbaijan invested over $1 billion of investment in Russian economy over the last decade.

Moreover, there are over 600 Russian companies operating in Azerbaijan including major manufacturers like Gazprom, LUKOIL, KAMAZ and VTB Bank.

Two regions of Russia, Dagestan and Tatarstan, have representative offices in Azerbaijan.