Azerbaijan has right to protect its territorial integrity 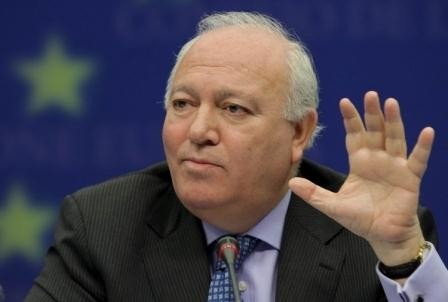 He made the remarks Apr. 27 while speaking at the second plenary session titled “Good Practices in Social Inclusion” on the sidelines of the 7th Global Forum of the UN Alliance of Civilizations in Baku.

“The first time I came to Baku as an OSCE representative, I was told that the Nagorno-Karabakh conflict is frozen. At a meeting with Azerbaijan’s president, he told me that the Azerbaijani side is ready for a fair solution,” Moratinos said.

The former FM said that later he discussed this issue in Armenia. “I saw that the opposite side has no enough will. It’s high time to resolve the conflict,” he added.