President Erdogan meets with Trump and Putin at G20 summit 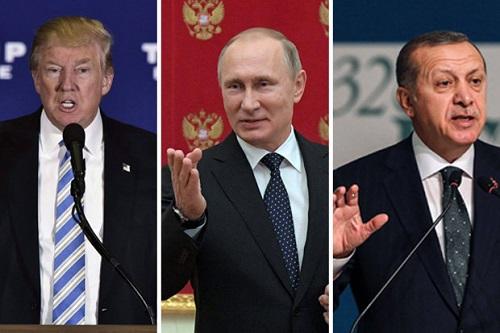 President Recep Tayyip Erdogan met with U.S. President Donald Trump on the sidelines of the G20 summit in Argentina, marking the second meeting between the two leaders in Buenos Aires.

The leaders met amid a global outcry over the death of a U.S.-based columnist who was killed at the Saudi Consulate in Istanbul.

The 50-minute-long meeting was closed to reporters.

"We had an opportunity to discuss the ongoing process in Northern Syria with the U.S. as two strategic partners. We discussed situation in Manbij, Idlib and terrorist groups in northern Syria with U.S. President Donald Trump," Erdogan said later on Saturday.

Prior to that Erdogan had closed-door meetings with Russian President Vladimir Putin and Japanese Prime Minister Shinzo Abe.

"Our talks regarding TurkStream are of great importance," Erdogan said after the meeting with Putin.