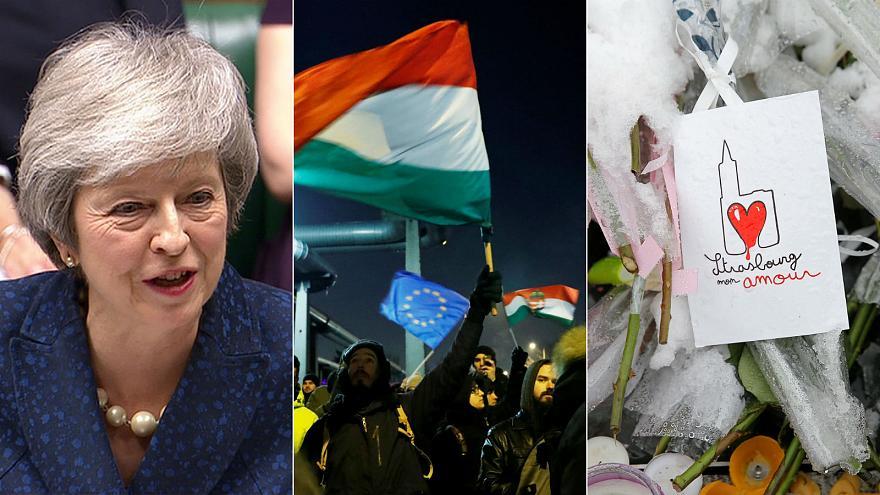 Addressing parliament about the Brexit deal on Monday afternoon, Theresa May said she would bring her agreement back to the British parliament in the week of January 14. She also pledged to get assurances from the European Union.

Meanwhile, opposition leader Jeremy Corbyn said he would table a vote of no confidence in May over Brexit.

Around 2,000 people protested at the building for Hungary's state-run broadcaster on Monday to oppose a "slave law" passed by Prime Minister Viktor Orban and his right-wing government. The protesters also demand independent public media and courts.

A person close to the Strasbourg shooter, Cherif Chekatt, has been charged and incarcerated, AFP reported on Monday night. The 37-year-old man is suspected to have provided Chekatt with a gun.