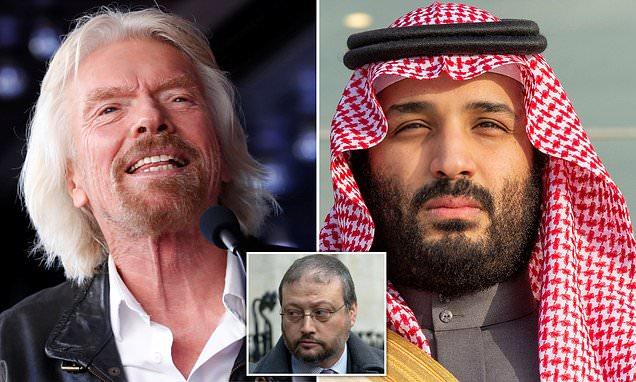 The Virgin founder told Mohammed bin Salman that if he pardoned imprisoned women's rights activists it would help the oil-rich kingdom be seen in a better light after the killing of the Washington Post columnist in the country's consulate.

In the days flowing Khashoggi's disappearance after entering the Saudi consulate in Istanbul on October 2, Branson announced he was pulling out of the Davos in the Dessert conference later that month.

Branson also announced he was suspending talks with Saudi Arabia over $1billion investment in his Virgin Galactic and Virgin Orbit space ventures amid claims that the kingdom murdered Khashoggi.

But days later he texts Mohammed bin Salman to advise him how he could 'change people's view' of Saudi Arabia, the Wall Street Journal reports.