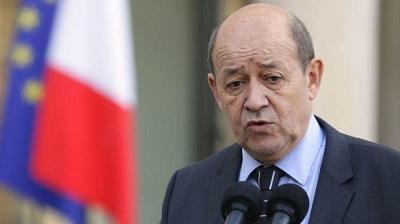 The European Union can only agree to put off Britain’s departure from the bloc if Prime Minister Theresa May “presents a plan that justifies an extension and that can presume to have clear and credible support,” French Foreign Minister Jean-Yves Le Drian said.

He also called for Britain to make up its mind.

“It’s time for this situation to end,” Le Drian told reporters at the end of a meeting of G-7 foreign ministers in Brittany, France. “We can’t live perpetually with Brexit. We regret this vote, we didn’t ask for it, but at some point there is an exit. The British authorities, the parliament, can’t expect the EU to exhaust itself permanently over the ups and downs of Brexit.”

EU leaders will meet in Brussels on Wednesday to debate a British request for a further delay to the country’s withdrawal from the bloc to June 30.

“They must tell us quickly how they plan to get out of this crisis,” Le Drian said.