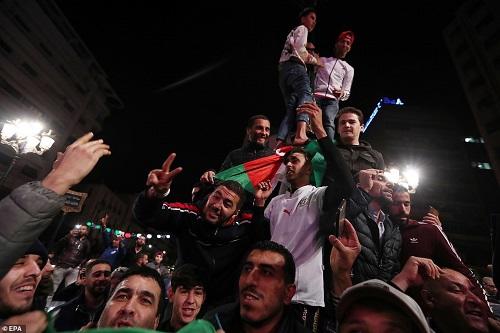 Hundreds of thousands of demonstrators have taken to the streets for a ninth successive Friday in Algeria to demand a complete political overhaul in the wake of former president Abdelaziz Bouteflika’s resignation.

Axar.az reports foreign media that the protesters gathered in multiple cities throughout the country, including the capital Algiers, to call for root-and-branch reforms and the departure of the military's powerful chief of staff, General Ahmed Gaid Salah.

Bouteflika's April 2 exit has failed to placate many Algerians, who instead want to remove the entire clique historically aligned to the ailing ex-leader and a political elite that has dominated the country since its independence from France in 1962 and is widely perceived as corrupt.

Algeria's parliament has tried to no avail to appease the demonstrators by naming an interim president, Bouteflika loyalist Abdelkader Bensalah, and announcing an election to be held on July 4.