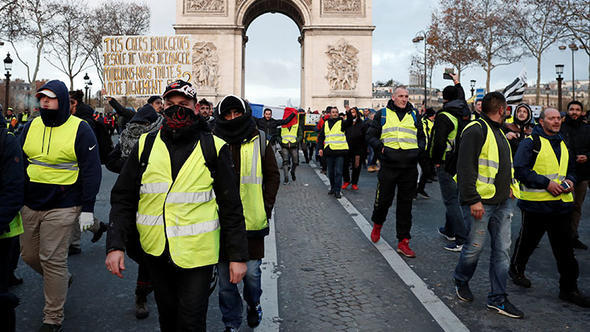 Saturday’s demonstration marks the 23rd consecutive week of protests that have engulfed the country since mid-November. Last Saturday, some thirty thousand protesters took part in the protests.

The protesters have taken to social media to mobilise their supporters from France's regions to gather for new protests dubbed "Ultimatum 2". Representatives of the movement in Normandy have already responded to the call.

The demonstrators intend to make Paris the capital of this week's protests. The rally's main venue has so far been kept secret.

Another rally is expected to take place near the Basilica of Saint Denis in the northern district of the capital. The demonstrators seek to march to the square Place de la Bataille-de-Stalingrad and wrap up their procession at the Quai Saint-Bernard embankment.

The protesters, however, have been prohibited from staging demonstrations in the vicinity of the Notre Dame de Paris by order of the city's police.

According to the Minister of the Interior, Christophe Castaner, some sixty thousand policemen and gendarmes will be dispatched to keep order in the streets.

More demonstrations are expected to take place in regional centres including Toulouse, Montpelier, and Bordeaux. Nevertheless, heads of several departments, including Loire-Atlantique and Rhône, have cautioned against protests not coordinated with the local authorities.

The Yellow Vests rallies have been ongoing in the country since mid-November.

In March, rioters ravaged much of the Champs-Élysées during the previous "Ultimatum".