Iranian MP: Closure of Hormuz is one of tools to counter US 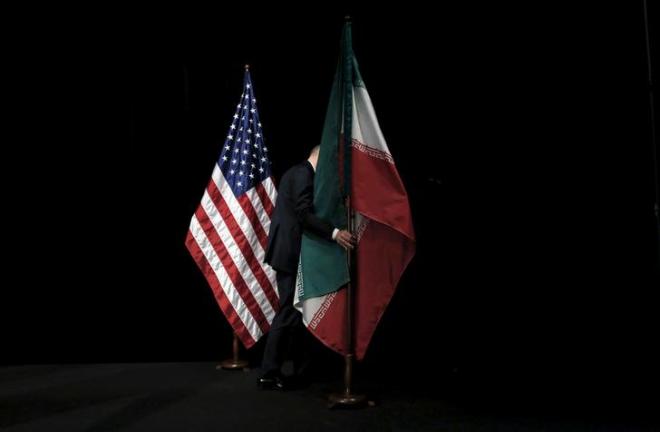 US President Donald Trump is continuing to step up pressure on the Islamic Republic of Iran and its oil industry. Speaking to Sputnik, Ali Golmoradi, a member of the Iranian Parliament Committee on Energy, noted that Tehran has enough tools of leverage to resist the US economic offensive, including the closure of the Hormuz Strait.

Axar.az reports citing Sputnik that, the Trump administration announced on 22 April that waivers for countries still buying crude from Iran would expire in May 2019. The White House made it clear that all countries importing Iran oil will be subjected to sanctions.

"Trump has decided not to reissue significant reduction exceptions (SREs) when they expire in early May. This decision is intended to bring Iran's oil exports to zero, denying the regime its principal source of revenue," White House Press Secretary Sarah Huckabee Sanders said on Monday.

Speaking to Sputnik Iran, Ali Golmoradi, a member of the Iranian Parliament Committee on Energy, called the US sanctions inhumane and asserted that Tehran is capable of withstanding the pressure.

The parliamentarian highlighted that the Iranian authorities possess a wide range of "tools" to counter US coercion, including the blockade of the Hormuz Strait.

"The steps which have been taken by the US towards Iran have never been and won't be something unexpected for the Iranian authorities," Golmoradi said. "We have many options to counter the United States, we are not limited to one or two options. We will weigh up the advantages and disadvantages before making a decision. Of course, this will be an acceptable and optimal solution. The closure of the Strait of Hormuz is just one of the options for responding to US actions."

Tehran has repeatedly signaled that it could block the Strait of Hormuz in response to Washington's sanctions resumed following Donald Trump's unilateral withdrawal from the Joint Comprehensive Plan of Action (JCPOA), commonly known as the Iran nuclear deal, in May 2018.

Having imposed sanction on Iran's oil industry on 5 November 2018, Trump granted a waiver for several countries, including China, India, Japan, South Korea and Turkey, to purchase hydrocarbons from the Islamic Republic, in order to prevent a sharp increase in oil prices.

However, the Trump administration has threatened to cut Iran's oil exports to zero on multiple occasions, prompting harsh criticism from Tehran.

On 4 December 2018, Iranian President Hassan Rouhani remarked that the White House should bear in mind that "if it attempts to stop Iran's oil [sales] someday, no oil will be exported from the Persian Gulf".

The Strait of Hormuz is a strategic waterway linking Middle East oil producers to crucial world markets, with a third of the world's sea-borne crude passing through it on a daily basis. Due to its unique geographical position, Iran maintains control over the strait, which allows Tehran to use it as a bargaining chip in relations with the US and its Gulf allies.

On 22 April, IRGC Navy Commander Rear Admiral Alireza Tangsiri told the TV channel Al-Alam that "the Hormuz Strait… is an international shipping route", adding that if Iran was banned from using it, it would close it.

In addition to the potential closure of the strategic sea artery, the White House risks pushing oil prices higher following its decision to withdraw the waivers, Oilprice.com warns.

"If Trump doesn't renew the waivers, he will be collectively shooting himself in the foot over his efforts to reign in higher oil prices — all coming just as the 2020 presidential election cycle kicks in, with voters already anxious over higher gasoline prices," the media outlet underscored.

The Trump administration is continuing to mount pressure on Iran. Previously, on 15 April, the US officially designated Iran's Islamic Revolutionary Guard Corps (IRGC) as a foreign terrorist organisation, prompting a tit-for-tat response from Tehran.

The views expressed in this article are solely those of the speaker and do not necessarily reflect the official position of Axar.az.