Maduro: the US Wants Natural Resources Of Venezuela 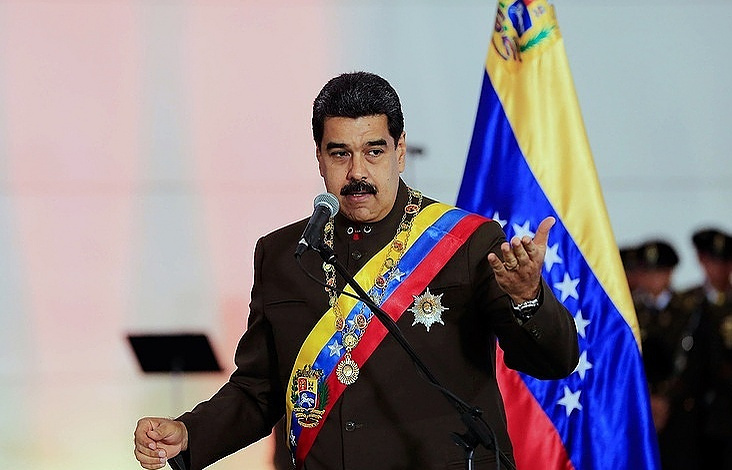 Venezuelan President Nicolas Maduro said Tuesday that Washington needed the natural resources of Venezuela, such as diamonds and gas.

Axar.az reports citing foreign media that "what [US President Donald] Trump is looking for in Venezuela is Venezuelan oil, Venezuelan riches: gold, gas, diamonds, other material wealth ... There will be no war, no military intervention in Venezuela, but that does not mean that we are not prepared to defend our land ... I use all means of communication to ask the whole world to condemn, to stop the madness of Donald Trump. Venezuela will never give up," Maduro told the RT broadcaster.

On April 30, Venezuelan opposition leader Juan Guaido urged Venezuelan civilians and servicemen to take to the streets to help depose President Nicolas Maduro. In response, Maduro said that the commanders of all regions and zones of integral defense had reiterated their full loyalty to the people, constitution and homeland.

The coup attempt turned violent and resulted in some 240 people being injured, according to the Office of the UN High Commissioner for Human Rights.

Large-scale protests against Maduro began in Venezuela on January 21 soon after he was sworn in for a new term. Guaido proclaimed himself an interim leader of the country. A number of Western countries, including the United States, backed his claim. Maduro, in turn, has accused the United States of trying to orchestrate a coup in order to install Guaido as its puppet. Russia, China, and a number of other countries have voiced their support for Maduro as the only legitimate president of Venezuela.