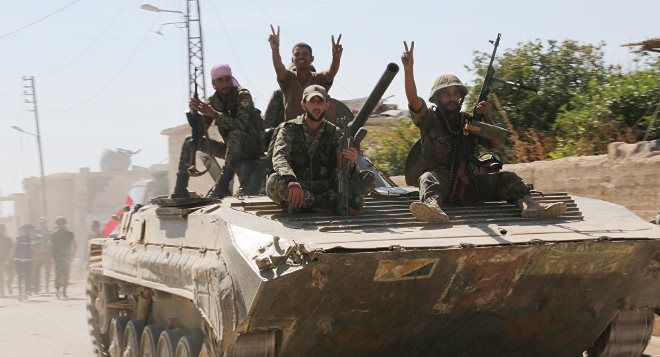 The Syrian military forces have liberated five settlements in the northwest of Syria from terrorists on Saturday, reaching the administrative border between the provinces of Idlib and Hama.

Axar.az reports the Al Mayadeen TV channel informed about it.

According to the channel, the Syrian fighters had managed to destroy a command center and several warehouses belonging to the Jabhat al-Nusra terror group (outlawed in Russia).

It was informed earlier that Syrian troops had thwarted terrorists’ offensive attacks in the north of Hama province, eliminating more than 40 Jabhat al-Nusra members.

The military operation the Syrian army launched on May 6 is aimed at taking control over a highway connecting Hama and Aleppo and ensuring the safety of settlements in the Sahl al-Ghab valley that militants are shelling on a regular basis.