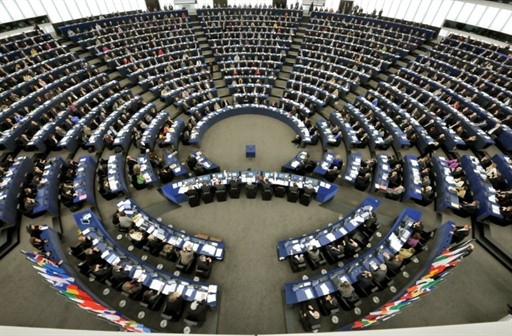 Eight different political alliances will contest Europe’s parliamentary elections which will be held on May 23-26.

The new presidents of European Parliament, European Council and European Commission will be elected in the vote.

EU leaders are expected to meet on May 28 to decide whether the same process will be implemented. Germany supports the process while France and Luxembourg oppose it.

Eight different groups will take part in the election for the 751-seat parliament.

Each group nominates a lead candidate who will represent them in the EP.

Dutch Frans Timmermans, vice president of the European Commission since November 2014, is lead candidate of the Progressive Alliance of Socialists and Democrats (S&D).

Weber is the chairman of EPP. He is known for his hardline immigration policy and opposition to Turkey's EU accession.

Zahradil was elected in 2004 as MP to European Parliament. He supports the idea of a more "elastic" EU.

Alliance of Liberals and Democrats in Europe (ALDE) nominated seven candidates instead of one lead.

Guy Verhofstadt, who is seen one step ahead of others, was prime minister of Belgium from 1999 to 2008.

Keller, one of the youngest candidates in elections, was educated on Islam and Turkology.

The second candidate Eichout is interested in agriculture, climate change and environment issues.

Other groups are the European United Left/Nordic Green Left, European Greens/European Free Alliance, Europe of Freedom and Direct Democracy and Europe of Nations and Freedom.

It is not clear yet which groups French President Emmanuel Macron and Hungarian PM Viktor Orban supported in the elections.