Mexico 'won't be provoked by US' over migrant row - Video 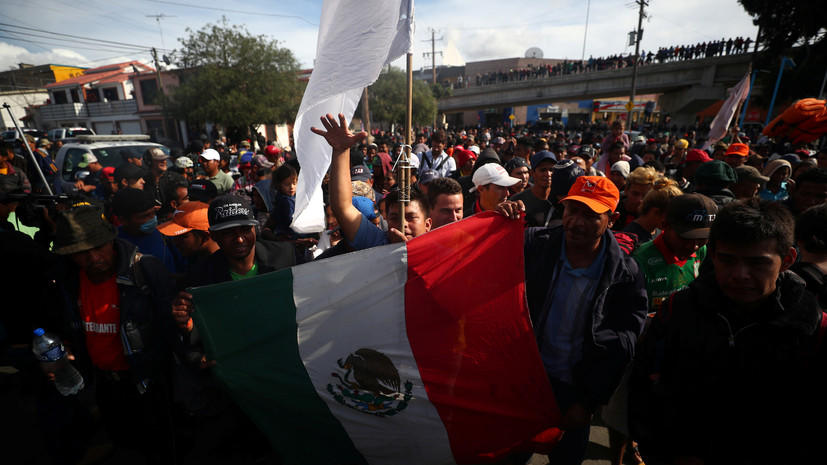 Mexico's president has insisted his government will not be provoked, after President Donald Trump announced escalating tariffs on all goods unless Mexico curbed illegal migration.

Mr Trump declared a national emergency at the US-Mexico border in February.

He said it was necessary in order to tackle what he claimed was a crisis with thousands of undocumented migrants crossing the US southern frontier.

Mr Trump's latest statement came a day after US border authorities in El Paso, Texas, detained a group of more than 1,000 migrants - the largest single group agents had ever encountered.

White House spokeswoman Sarah Sanders said on Friday that Mexico could have done more to stop the group - and others - as they travelled through the country.

"They could have easily broken up this group, arrested them or sent them back home, and they didn't do anything," she told reporters.

"We're asking Mexico to enforce their own laws to help stop the people coming in from Central America."