Rules of entry and exit to the districts have been determined
﻿ 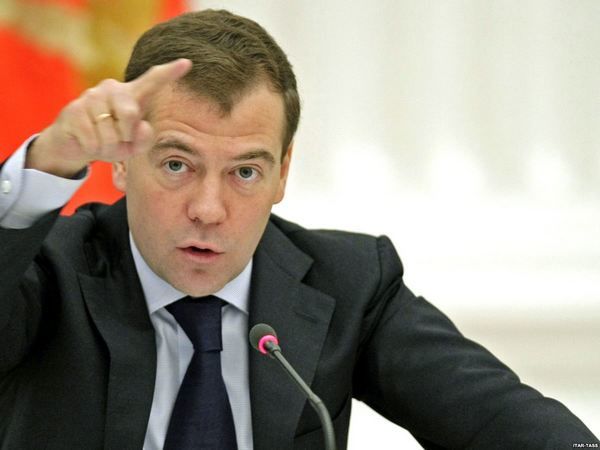 Russian Prime Minister Dmitry Medvedev has referred to the meeting with Iran’s First Vice President Eshaq Jahangiri on the sidelines of the first Caspian Economic Forum in Turkmenistan as a good opportunity for the two countries to compare notes amid sanctions.

"We welcome such events as this summit. We have a good opportunity to compare notes. That is significant, particularly considering the fact that our countries are currently implementing important development programs, at the same time facing unfavorable international political environment," Medvedev said at a meeting with Jahangiri on Monday. "Even despite the sanctions pressure, we are developing," he added, noting that "the meeting presented an opportunity to exchange ideas as to which components of cooperation need further strengthening or boosting."

In his turn, Iran’s First Vice President agreed that such forums are a good opportunity to discuss bilateral issues. "As far as I understood, the second round of this economic forum will be held in Russia. I believe that we will manage to agree on more important decisions," he concluded.

In his speech at the forum, Russian PM suggested that the second Caspian Economic Forum be held in Astrakhan.