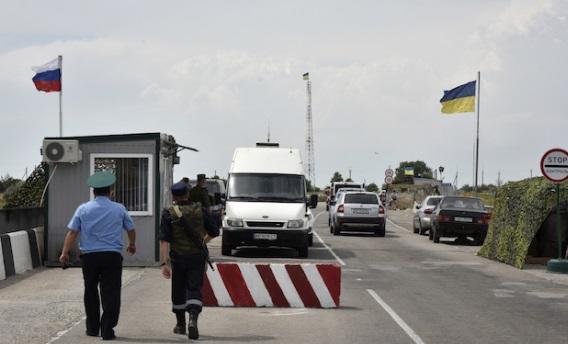 The names of culprits are kept in secret within the best interest of the investigation.

Axar.az reports citing UNN News that Ukrainian law enforcers registered criminal cases against more than 200 foreign citizens; these individuals are charged with illegal visits to Russian-annexed Crimea. With reference to the Prosecutor's Office of the Autonomous Republic of Crimea.

"Currently, 30 cases on the fact of the violated entry-exit order (...) have been united in five cases, in which we set the data of more than 200 people, the foreigners who visited the territory of the occupied peninsula illegally", reads the message.

The names of culprits are kept in secret within the best interest of the investigation.

The order of crossing the administrative border with Crimea by foreigners is defined by the respective document, reinforced by the decree of the Ukrainian government in June 2015. The paper stipulates that the citizens must be only allowed to come to Crimea across the Ukrainian checkpoints. Ukraine's State Migration Service passes the respective permissions. Foreign reporters are also obliged to get the special consent letter from the Information Policy Ministry.