Woman set herself on fire in front of a Tehran court 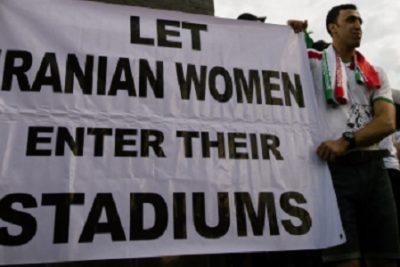 The 29-year-old woman who set herself on fire in front of a Tehran court on September 1 in protest of a six-month prison sentence she was possibly facing for trying to enter a men's soccer game back in March has died in the hospital.

Axar.az reports citing JP that she reportedly suffered from burns covering 90% of her body and was on life support until her death.

The woman attempted to disguise herself as a man in order to enter the stadium. She was stopped by security forces and then quickly escorted to Qarchak prison, known to be one of the country's more menacing prisons due to "inhumane medical and psychological conditions".

Upon her release, the unnamed woman, known only by the alias "Sara," went to the prosecutor's office to collect her confiscated cellphone, where she learned that she could be given a six-month prison sentence for the infraction.

Sara, who allegedly was suffering from and was under treatment for bipolar disorder, protested the sentence by pouring gasoline over her body and setting herself on fire directly outside the court.

Some Iranians have requested FIFA hold the Iranian football federation accountable as a result of the court case.

The hashtag #BanIRSportsFederations has materialized over social media last week, calling for Iran to be banned from participating in world arenas, due to their archaic ideals regarding competitive sports in general – labeling it "state interference."